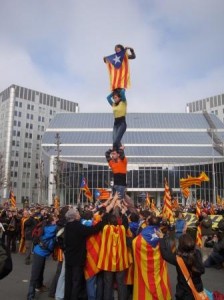 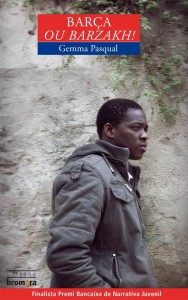 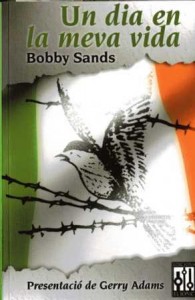 “Thank you father and mother,” was painted in French on the side of one brightly decorated boat, towed into the port by the Coast Guard before police helped the men into a Red Cross field hospital. “I have left my family behind, I’m scared, but I thank God I’m alive,” said a man waiting in line for a coach that would take the group to a nearby detention camp. He had paid over a year’s savings to risk his life by sailing for two weeks through the breach in Fortress Europe. But he felt it was worth risking the 2,000km sea journey that has seen between 500 and 3,000 west Africans drown this year. All he wanted was a job. The migrants’ motto in Wolof, the Senegalese language, is “Barca ou Barzakh” – “Barcelona or the afterlife”.

As sunbathers lay on the beach beneath towering hotels and British tourists browsed in a souvenir shop called “Bloody Hell Offer On Ciggies”, a strange vessel slowly floated into shore past the jet-skis and Jolly Roger pirate ships of Tenerife’s prime package holiday resort.

The small, canoe-shaped African boat heaved and rocked with the weight of over 100 men and teenagers crammed into it. They stared blank-faced and exhausted at Los Cristianos, the concrete holiday metropolis that was their first glimpse of Europe, having been at sea on the Atlantic for 15 days with a single Yamaha motor and no cover from the sun.

This was the fifth boat of the day carrying men in various states of desperation. As supplies dwindled, some had gone without food for five days, others had not drunk for two days. The few who could no longer bare it had dipped a plastic mug into the sea and drunk the salt water, which dehydrated them further and started to play tricks with their minds. Others had skin red raw and bleeding from wet clothes rubbing against them for days on end – “a mixture of burns from the sea salt and the petrol from the boat’s engine,” said a local doctor. The unlucky ones before them had wounds so infected that limbs had to be amputated.

“Thank you father and mother,” was painted in French on the side of one brightly decorated boat, towed into the port by the Coast Guard before police helped the men into a Red Cross field hospital. “I have left my family behind, I’m scared, but I thank God I’m alive,” said a man waiting in line for a coach that would take the group to a nearby detention camp. He had paid over a year’s savings to risk his life by sailing for two weeks through the breach in Fortress Europe. But he felt it was worth risking the 2,000km sea journey that has seen between 500 and 3,000 west Africans drown this year. All he wanted was a job. The migrants’ motto in Wolof, the Senegalese language, is “Barca ou Barzakh” – “Barcelona or the afterlife”.

In the past week alone, more than 3,000 illegal immigrants from west Africa have reached the Canary Islands by boat, taking advantage of a window of perfect sailing conditions from the coast of Senegal and Mauritania. Around 23,000 have made it to the Spanish archipelago this year, five times the total for the whole of last year. Most have arrived in Tenerife. “This is Spain’s worst humanitarian crisis since the civil war,” Adán Martín, president of the Canaries’ regional government declared this week. The former army barracks being used as detention centres across the Canaries are overflowing and the measures to patrol the coastlines are inadequate, he said. More than 700 teenagers who have arrived on boats without their parents have had to be made wards of the Spanish state. But accommodation for them is now so full that today one NGO was building a camp in a pine forest near the top of Tenerife’s mountain.

Spain’s prime minister, José Luis Rodríguez Zapatero this week vowed to expel the “cheating” immigrants. But on the advice of their traffickers, almost all arrive without papers and refuse to reveal their nationality in order to avoid repatriation. Most are from Senegal, which has no repatriation treaty with Spain, though others are from Mali, Mauritania, Gambia and Guinea Bissau. After 40 days in a holding camp, the Spanish have no option but to be release the men, often flying them to cities on the mainland, such as Madrid or Valencia and leaving them on the street with a sandwich, no money and a piece of paper requesting they leave the country, which is easy to ignore. Hundreds have made their way to Barcelona where there is a large Senegalese community to help them. Others have slipped into illegal employment from Spaniards.

Those arriving say the passage to the Canary Islands in an open fishing boat known as a “pirogue” or “cayuco”, is referred to in Senegal as the “D-day package” after the Normandy landings. For at least £400 per person, a boat of at least 60 passengers will set out with petrol for the motor, rice, biscuits and water and gas bottles to cook and keep warm. Seventeen people died last month when a gas bottle exploded. Most of the passengers don’t know how to swim and are scared of water, so sit rigidly in one place, getting sores on their backs and shoulders. The trip can take up to two weeks, but there have been cases of boats getting lost and spending 20 days at sea. Many of the boats have a global positioning device, but some can malfunction. Earlier this year, one boat washed up on the other side of the Atlantic in Barbados with 11 desiccated corpses on board.

High in the mountainous pine-forest of northern Tenerife, Mamadou Gueye, 17, who recently arrived by boat, sat at a school desk in a teenage holding centre concentrating on his Spanish lesson. “I’m the oldest of four, I had to come here to help my parents,” Mamadou said. “It’s just a normal part of life. At home, everyone knows someone who has left by boat. I came in a pirogue with 140 people, none of whom I knew. We sailed for a week, eating rice. When the waves got high, the others said: “Don’t worry as soon as we get to Spanish waters, our suffering will be over.” When I left, my father said to me, “If you need to cheer yourself up, think about football. Say your prayers, don’t fight other boys and behave well. I’ll stay for five years and then go home to beautiful Senegal”.

Senegal, despite its good infrastructure and relative stability, has an unemployment rate estimated at 40% and half the population is under 18. Of 11 million Senegalese, around 3 million are living abroad, most working illegally and sending home £363m in official remittances a year – equivalent to 9% of the country’s GDP. A brief attempt at an official repatriation agreement with Spain was abandoned at the end of May when the Dakar government said the first 100 immigrants to be flown home from Madrid had been mistreated. Dozens of returned Senegalese migrants blocked a highway out of Dakar with burning tyres to demand an immediate end to the repatriations. With presidential elections in 2007, the government wants to avoid confrontation at home.

In Dakar, Yaya Fall, 27, a trained computer technician, who has to provide for his mother and four sisters after his father died, was still pained by the shame of trying to smuggke himself into Europe and failing. He was saving for a second attempt. Every morning when he left his cramped room where he shared a mattress with two of his young nephews, there was a reminder of the promise of Spain: a spacious two-story building being built with money sent home by another Senegalese computer technician. “How can I give up when everyday I see proof of those that have succeeded,” he asked.

In Los Cristianos, locals in bikinis line up at the port to watch as each new boat comes in. “Soon our kids will be learning African history at school, not Spanish, and there will be no jobs for them,” said one woman from a nearby village. A poll by Spanish radio station Cadena Ser found 89% of Spaniards thought too many people were arriving. At the youth holding centres, the organisers are keen to take the “very bright, polite and disciplined” teenagers to the beach, but only in batches of 50. “Arriving with 100 blacks on a beach would scare people,” one said.

But others in the Canaries remember the 40s and 50s when it was the locals here who risked their lives on rickety boats to reach Venezuela for a better life. “My grandfather was one of the leftists who left for Venezuela in the 1940s,” said a waiter at a Los Cristianos hotel. “He was two months at sea with dozens of others. Their food ran out before they reached Martinique , so I sympathise with what these people are suffering.”

Now, a handful of immigrants whose corpses came ashore in boats are buried in Tenerife’s capital’s cemetery in graves marked “unknown immigrant”. Many locals are sad that the blue expanse around the islands are now known as the watery graves of Africa. “It’s not the image we’d want,” said a Spanish tourist from Bilbao.

But several British tourists insisted that they were not put off their holiday and continued to go out on glass bottom boats. As the empty pirogues lie moored in the bay, within swimming distance of the shore, one tourist in an England football shirt said: “The only thing I’ve got to say about immigrants here is that they are just a pain in the bum trying to flog us stuff.” 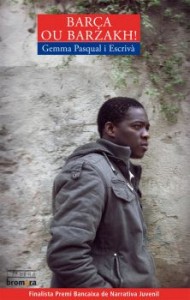