The Architecture Of Insecurity 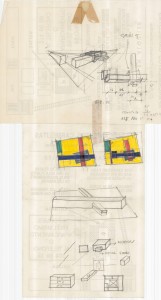 Is it possible to observe without the thinker? I look at everything with
an image, with a symbol, with memory, with knowledge. I look at my
friend, at my wife, at my neighbor, at the boss, with the image which
thought has built. I look at my wife with the image I have about her,
and she looks at me with the image she has about me: the relationship is
between these two images. This is a fact,it’s not an invention on my
part,it’s a fact! Thought has built these symbols, images, ideas. Can I
look, at first, at a tree, at a flower, at the sky, at the cloud,
without an image? The image of the tree is the word I have learned which
gives a certain name to the tree, tells its species and recalls its
beauty. Can I look at that tree, at that cloud, at that flower, without
thought, without the image? That’s fairly easy to do, if you have done
it. But can I look without the image at a human being with whom I am
intimate, whom I consider as wife, husband, child? If I can’t, there is
no real relationship: the only relationship is between the images that
we both have. So, can I look at life, the clouds, the stars, the trees,
the river, the bird on the wing, my wife, my child, my neighbor, this
whole earth -can I look at it all without the image? Though you have
insulted me, though you have hurt me, though you have said nasty things
about me or praised me, can I look at you without the image or the
memory of what you have done and said to me?Do see the importance of
this, because it’s only a mind that has retained the memories of hurt,
of insult, that is ready to forgive, if it is at all inclined that way. A
mind that is not storing up its insults, the flatteries that it
receives, has nothing to forgive or not forgive; therefore there is no
conflict. Thought has created these images, both inwardly and outwardly.
Can the images come to an end, and thought look at everything in life
afresh? If you can do this, you will find that without your conscious,
deliberate effort to change, change has taken place, a radical change.
Most people are ambitious; they want to be somebody: authors, painters,
businessmen, or politicians. Priests want to become archbishops. Thought
has created this society and sees the advantage of becoming powerful,
dominant, an important person, which happens only through ambition.
Thought has created the image through observation of the man in power
and wants the pleasure of owning a big house, having a picture appear in
the papers, and all the rest of it. Can one live in this world without
ambition, without the image of pleasure which thought has created? Can
one function technologically, outwardly, without this poison of
ambition? It can be done, but it is possible only when we understand the
origin of thinking and understand actually, factually, the unreality of
the division between the observer and the observed. Then we can
proceed, because then virtue has a totally different meaning. It is not
the moral virtue of an ugly, corrupt society, but virtue which is order.
Virtue, like humility, is not something to be cultivated by thought.
Thought is not virtuous; it is bourgeois, petty, and thought cannot
possibly understand either love or virtue or humility.