To force over  ( apply physical strengh) USE: direction above a place

More than 1,000 would-be immigrants tried to forced their way over razor-wire barriers into Spain’s North African enclave of Melilla on Wednesday.

Bowen, we will enhance their understanding by stating their Use as a phrasal verb.

Tim Bowen won’t let us down with this selection of football-related phrasal verbs.

The World Cup has taken over (taken control of) the airwaves over the past few weeks, with hours of broadcasting time devoted to (allocated to) the drama being played out (happening) in Brazil.

In the semi-final of the last World Cup in Cape Town, Uruguay were pitted against (made to compete against) the footballing aristocrats of Holland, and one newspaper report wrote that the game reeked of(smelt strongly of) history, as the Dutch knocked out (eliminated) their South American opponents in an exciting match that brought back (evoked) memories of past encounters between European and South American sides.

Other games were no less dramatic. In the quarter-finals a powerful German team brushed aside (easily overcame) the challenge of Argentina, a side that many people were rooting for (supporting) as one of the favourites to lift the trophy.

The African favourites, Ghana, failed to put away (score) a penalty in the last minute of extra time in their quarter-final match against Uruguay and were eventually knocked out (made to leave the competition) in a penalty shoot-out.

Some of the more illustrious European sides let down (disappointed) their supporters in a big way. Both Italy and France turned in (produced) feeble performances against so-called lesser opposition, while England, as usual, completely failed to live up to expectations (be as good as people expected).

For those of you who are not engrossed in (very interested in) the football, you can take comfort in the knowledge that, once it’s finished, it will be four years before the World Cup comes round (happens) again.

See The Guardian article here below: 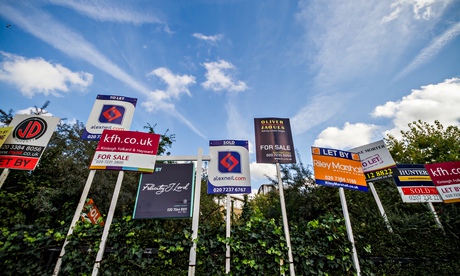 ANOTHER THREE PHRASAL VERBS WITH DOWN

— TO LOOK DOWN ON

2. direction of writing and cleaning         She wrote the message down
He cleaned the walls down

to look down on:
look with disdain
“She looks down on anyone who hasn’t had university education “
USE: downward idiomatic

stop because of lack of force or power
“The alarm clock finally ran down”
USE . completion metaphorical

begin living a stable life
“He settle down as a farmer with a family
USE completion metaphorical:

ANOTHER THREE PHRASAL VERBS WITH DOWN

— TO LOOK DOWN ON

2. direction of writing and cleaning         She wrote the message down
He cleaned the walls down

to look down on:
look with disdain
“She looks down on anyone who hasn’t had university education “
USE: downward idiomatic

stop because of lack of force or power
“The alarm clock finally ran down”
USE . completion metaphorical

begin living a stable life
“He settle down as a farmer with a family
USE completion metaphorical:

Phrasal verb of the day: TURN DOWN reject, refuse

Chelsea have emerged as surprise contenders to lure Cesc Fábregas back to the Premier League after Arsenal indicated that they would not be taking up their option to re-sign their former captain from Barcelona.

Fábregas is regarded by Chelsea as a potential long-term successor to Frank Lampard, who announced on Monday night that he was leaving Stamford Bridge. As many as 16 clubs have sounded out Lampard, with the new Major League Soccer franchise New York City the favourites to sign him from March 2015.

Fábregas has been informed he can leave the Camp Nou this summer after three seasons back at the Catalan club. Barça and their new manager, Luís Enríque, are seeking to sign the Atlético Madrid midfielder Koke, a move that would limit the 27-year-old’s first-team opportunities. The Spain international is disappointed Arsenal have opted against trying to bring him back but he is willing to consider other options in England.

Manchester United, Manchester City and Liverpool have all considered moves for the midfielder in the past but it is understood their respective priorities lie elsewhere in the market this summer. Chelsea had hoped to secure Koke themselves as they seek to replace Lampard, who will make a decision on his future after the World Cup. Lampard leaves after 13 seasons at Chelsea in which he played 648 times and scored a record 211 goals for the club, who responded to his announcement by describing him as “one of the all-time greats”.

With Koke keener to move to Barcelona, Chelsea will consider alternatives and have turned their attentions to securing Fábregas for around £30m, having been alerted to his availability. The Spain midfielder, who has 87 caps and two European Championship winner’s medals to add to one for the 2010 World Cup, could operate in a deep-lying role alongside Nemanja Matic and dictate the rhythm of Chelsea’s performances, and is attractive given his familiarity with the rigours of the Premier League.

The player may need some convincing, given his deep affinity with Arsenal, where he spent eight years and played 212 league games, but his desire to play in England for a Champions League qualifier does appear to limit his options. He would, however, have to build bridges with José Mourinho, with whom he has endured a tempestuous relationship over the years. Only in February, after Barcelona’s Champions League last-16 defeat of Manchester City, he told the Portuguese to “shut up”, Mourinho having branded Barça’s team their worst for “many years”.

Chelsea had initially indicated they envisaged a relatively quiet summer in the market, with the Atlético forward Diego Costa their priority signing. The Spain international is expected to join for £31.8m from the La Liga winners but he may now be followed by his club-mates Tiago Mendes, who played under Mourinho during his first spell at Stamford Bridge, under the Bosman ruling and Filipe Luís for around £18m. The latter, a left-back, will serve as a replacement for the departing Ashley Cole.

They also hope to add another striker, possibly Mario Mandzukic of Bayern Munich, to the ranks. With David Luiz’s sale to Paris St-Germain for about £40m having offered some much needed leeway in the market, the squad appears likely to undergo considerable and eye-catching changes. Fábregas would prefer his future to be settled before the World Cup – he is preparing with the Spain squad – but is resigned to leaving Barcelona who consider Koke, five years his junior, to have a more productive future as they seek new blood.

Manchester United had come close to securing the older man’s services last summer only for a £35m bid to be rejected, but he is not now a priority for Louis van Gaal. Manchester City’s main concerns are to retain Yaya Touré and, potentially, secure their long-standing target Fernando from Porto, while Liverpool hope to sign Adam Lallana – they may need to pay Southampton up to £30m for his services – to follow up their £4.5m purchase from the Saints of his England team-mate, Rickie Lambert.

Arsenal’s lack of interest may be deemed surprising but Arsène Wenger bought Mesut Özil for a club record £42.5m last year and has given Santi Cazorla a new contract. With Aaron Ramsey and Jack Wilshere considered key players at the Emirates Stadium, and Mikel Arteta still with a year to run on his contract in north London, a pursuit of Fábregas would not be a priority at present despite the Arsenal manager apparently seeking to strengthen significantly this summer.

Lampard thanked Chelsea’s fans in a lengthy farewell statement and said: “When I arrived at this fantastic club 13 years ago I would never have believed that I would be fortunate enough to play so many games and enjoy sharing in so much success.”

The Queens Park Rangers manager, Harry Redknapp, said he would have kept Lampard at Chelsea and opened the door for his nephew to spend a short stint at Loftus Road before any move to New York. “He’s worth his weight in gold just to be around the place,” he said at the launch of 666bet.com.

Guardian Bookshop:You Are The Ref 3

Under this title, we are going to study:

DOWN three uses with examples

If a machine breaks down, it stops working
“The car broke down just outside Winchester!
USE: completion (destructive) To cut down
Reduce an amount of something
“How can we reduce the risk of cancer?”
USE: downward metaphorical To let down:
Allow something to move to a lower position
“Let the bucket down carefully into the well”
USE: downword
Publicat dins de General | Deixa un comentari

Example:  Joan Carlos (I)  has given  upthe Spanish throne  today

CHILLOUT Alternative spelling: CHILL OUT, CHILL-OUT Yesterday , we ask ourselves where this name of CHILLOUT comes from.

Today, we learn that CHILL OUT comes from the English Language  phrasal verb  :

another person or group; to relax, to calm down (Slang)

Example: Hey, we should chill out this weekend.

THANK YOU FOR NOT HAVING MISS IT OUT