The right way to be wrong 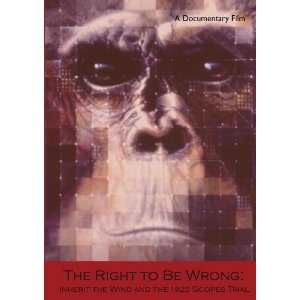 Every educated person knows the theory of evolution. Right? It is as familiar as our most popular songs. But just as we all think we know the songs, dig deeper and one finds that while everyone can hum the tune, many aren’t quite sure of the lyrics: they muddle the words, or ignore them altogether. What, for instance, is meant by natural selection or survival of the fittest? Ask anyone what it is that is actually selected or meant, specifically, by the fittest and you are sure to get a host of vague and evasive answers.

One prevalent approach to thinking about evolution is to consider it as something heading towards a desired – and designed – outcome. This type of teleological philosophy has given rise to such popular assertions as: ‘the human brain is the summit of biological evolution’, for example, that are not always meant in a metaphorical sense or as a literary turn of phrase when speaking of the brain, but are thoroughly rooted ideas that place us – humans – at the apex of a pyramid purposefully designed by someone – or something – to have turned out exactly as it is now.

It is the case that we generally consider human thought as if it were the product of a process designed to deliver a sophisticated and finely honed tool that enables us to grasp the truth and abhor error. In fact, the way evolution – acting more like a tinker or a junk dealer than as an engineer, according to Richard Dawkins – has shaped our thinking is by selecting the most appropriate biases: meaning that evolution has picked up the most useful mistakes, or, better, the most useful ways to be mistaken, without compromising (and even benefiting) our own survival chances.

But, are there any circumstances in which being wrong might be more useful than being right?

One good example that suggests this may be the case is the universal tendency to overestimate mating competitors of the same sex. It has been observed in some carefully conducted studies (e.g. Hill, 2007) that men and women tend to believe potential rivals for their partners are better – more attractive or desirable – than themselves. This, it turns out, is not only true in real-life contexts but also when just looking at pictures of others. Males as well as females tend to rate the potential attractiveness of other people as higher than their own, considering other individuals of the same sex as more interesting and attractive than themselves in spite of the fact that, on many occasions, a third party would not have shared their assessment.

When faced with a rival a human has two courses open to them: one, to consider the rival as inferior and so write them off as not dangerous to their mating prospects, or two, to consider them as a serious contender and dangerous to their prospects of successfully mating with their desired partner. The first assessment would likely lead to their doing nothing, or very little, in order to gain their partner’s attention and so win or retain their favour. By contrast, the second assessment would lead them to work harder in order to overcome a (so considered) dangerous and superior rival.

Obviously, the individuals most inclined to adopt the second strategy would have won a much larger proportion of mating contests and so, we – the currently living human beings – being descended from them have inherited their genes and with them our ancestors’ tendency to adaptively overrate our possible mating competitors.

The same logic works for many different areas of human life. Since it is impossible to be always right, what has been selected is not a tendency to be right – that is, more adjusted to the actual value of the matter at hand – but a tendency to make the most useful error; the one which would actually increase our survival and reproduction opportunities, rather than the one more likely to reduce them, as would be the case of the over-confident mating competitor.

Knowing that may, nevertheless, be very useful and profitable. In fact, scientific methodology is essentially a set of rules, procedures and practices designed to overcome this universal tendency to be wrong. And particularly, the universal human tendency to be wrong by considering (and, moreover, being awfully convinced) that we are right.

(Thanks to Richard Cook for his collaboration)