Does Exercise Make Us Feel Good? 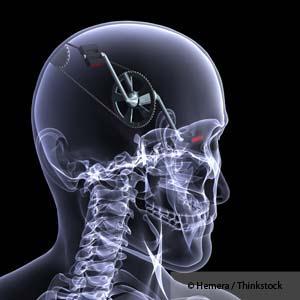 There is overwhelming evidence that physical exercise enhances mood. Scores in depression or anxiety scales go systematically down after involving in different kinds of exercise bouts; some of them about just 10 minutes of moderate to intense effort. We may say, thus, that exercise makes us feel better than we were before.

Nevertheless, it’s worth noting that very few people actually get consistently involved in regular physical activity. The percentage of physically active population in our current so-called developed societies is estimated as less than 30%. As it has been explained, we do not have a natural penchant for voluntary vigorous exercise in the same way as we do have for tasty food (especially greasy hyper caloric food). It is a consequence of our own evolutionary background and we will hardly be able to change that. Although this fact may contribute to explain why we -humans- don’t seem to like exercising, there are a few aspects which are worth a deeper exploration.

First of all, I would like to analyze the empirical evidence we’ve got so far. Starting in the sixties, with William Morgan’s observation that the worst fit inmates in a psychiatric institution were also the ones displaying the worst symptoms, a huge amount of empirical evidence has been reported that seems to unequivocally support the idea that exercise does make us feel good (see Raglin, 1990 for a review).

For state-anxiety, scores are significantly lower 10 mins after finishing an exercise bout (combined aerobic and resistance training) and reach their lowest point 60 mins after the end (Hale et al., 2002), to regain the previous levels no less than two hours after. Similar results have been reported for enhanced mood (Cutrufelo et al., 2012), whilst  clear-cut differences between active and sedentary people have been widely reported concerning many aspects (memory, cognitive function, resilience, depression, trait-anxiety…), always in favor of habitual exercisers.

All in all, why should we need anything else to undoubtedly accept the mental benefits of physical exercise?

First thing, I’d like to consider how scientists get the human subjects that they study in order to extract such evidence and conclusions. Because of obvious reasons, human samples are always recruited out of voluntary participation, other methods (forced involvement) being illegal as well as ethically unacceptable. This means that every human being who’s taken part in scientific studies focusing on physical activity is prone to (a) be an habitual exerciser, or (b) having a positive attitude about physical exercise. In both cases, we are -very probably- dealing with a self-selected sample of people with a positive bias (a favorable prejudice) towards exercise.

Is that a really bad thing?

Of course, not. It isn’t for you, if you happen to be one of those individuals, nor is it for the scientist (who otherwise would not have got the study done), neither -it goes without saying- for the results obtained. It might be bad, however, if the outcome was a generalization for the whole human species of some features that are true only for -let’s say- exercise lovers.

But what about the (remote) possibility that physical exercise were able to enhance mood only in a particular kind of people endowed with some specific genetic constitution that allows them to enjoy physical effort? It should be taken into account that we know nothing about the other people, since those lacking positive attitudes towards physical exercise do not generally get involved in these kind of scientific studies.

Is there any other way to reach an acceptable amount of certainty? Right now, we’re dealing with the effects of physical exercise on human well-being but, most certainly, the same kind of criticism might apply to many other areas of scientific research.

The answer -as you’ve probably expected- is yes. Moreover, this is very easy to understand, although it’s not always easy to find out. If we were able to find some kind of neurobiological mechanism to account for the observed effects, then we could accept that this mechanism should be present in every human brain and not only in the brains of our so-called ‘exercise lovers’.

Searching for biological mechanisms in order to explain psychological observations is the procedure followed by the neurosciences in strict application of the well-known scientific principle named ‘reductionism’. Reductionism means that in order to explain a given phenomenon, we should look for the most basic level of explanation. In the case of behavioral sciences, researchers have been able to provide explanations at the molecular level. And that’s precisely the case for the beneficial effects of physical exercise (PE).

In rodents, it has been clearly demonstrated that PE affects the brain by increasing the production of BDNF. The Brain Derived Neurotrophic Factor is the most important neurotrophin in the human brain too. And PE affects it in a similar -and complementary- way as antidepressant drugs do. In fact, PE is as powerful in antidepressant treatments as therapeutic drugs are. The good news is that, compared to pharmacological treatments, PE lacks a lot of side effects, while on the other hand it provides a series of added beneficial effects at many different levels (cardiovascular, muscular, immunitary, hormonal…) for regular practitioners. Although it is true that we cannot apply the same kind of experimental tests to human subjects, the evolutionary paradigm guiding biological sciences states that we are absolutely legitimated to expect such a mechanism being also present in human brains.

The question remaining is -of course- why on earth there are not huge amounts of people daily involving in PE workouts. Moreover, how is it that much less than 30% of people living in the so-called developed countries practice PE?  Again, the evolutionary approach may help us to understand it. Anyway, besides achieving such an insight, it would actually be useful to know how to encourage such behavior. It could save us humans a big deal of personal troubles and huge sums of money.

(Thanks to Lluís Bosch for his collaboration)