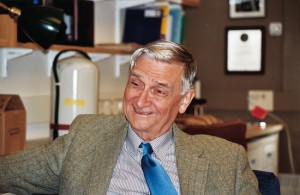 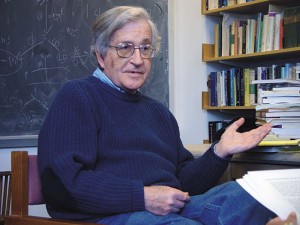 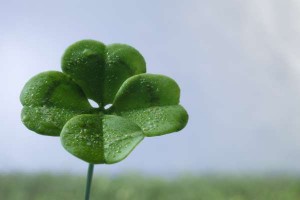 As the evolutionary biologist at Harvard University, Kevin Foster, puts it: ‘The tendency to falsely link cause to effect – a superstition – is occasionally beneficial’, and as long as the cost of believing a superstition is less than the cost of missing a real association, superstitious beliefs will be favored by evolution. Very often, superstitious thinking offers explanations based on poorly operationalized concepts such as ‘bad luck’. A lot of actions (breaking a mirror, looking at a black cat, stepping with the left foot first…), as well as specific dates (Friday -or Tuesday- 13th) are usually labeled as bad luck attractors, and may be held responsible for any undesired consequences.

Obviously, linking two events in such a way as to consider them as causally (and not casually) related – when there is no evidence for such a link – is a thinking bias. Since we humans are so proud of our ability to think and consider it as our most precious gift, the question that arises is: How has this kind of defective thinking survived for centuries and millenia?

The gold rule for a particular feature to survive and pass from one generation to the next is its usefulness. In a nutshell: if it raises the chances of survival and reproduction, then it will be kept for subsequent generations, while if the opposite is true, it will be lost for good. Therefore, we will have to accept that superstitious thinking must be somehow adaptive. What we would be saying is that – at least in our species’ remote past- people adhering to this kind of thinking must have survived more than their more skeptical mates.

And how is that possible? Let’s try to imagine a scenario, some ten thousand years ago. A small group of humans are calling it a day after having spent the daylight hours looking for food and shelter. The night falls and some of them are vigilant and pay close attention to any noises that may be remotely suspect, when they hear  some unfamiliar sound.

At this moment, there are basically two ways of reacting. You can think: ‘Unfamiliar noises are a bad sign; I’d better get up, take my stone axe and go on an inspection tour’. Or you might also say: ‘Well, it must be some little animal walking over there; it’s been a hard day and I’ll try and catch some sleep’. Obvioulsy, both thinking options may be mistaken in different occasions. The first one will be mistaken if it is a false alarm, while the second one will be mistaken every time a real danger is coming over.

For better understanding we may call one kind of mistake (believing that there is a danger when in actual fact there is none), (a) Type-I mistake while the other one (believing that there is no danger when there actually is) may be named (b) Type-II mistake. Accepting that these two different thinking mistakes were quite stable features of two different individuals, guess which one of them is more liable to survive. In the first case, the individual may have lost some hours of peaceful sleep, but in the second one, he might have been killed while sleeping.

And what has all this to do with the human tendency to think superstitiously? Type-I mistake precisely consists in establishing false links between  events. Nevertheless (and if you like, also paradoxically) engaging in this kind of mistake does enhance the odds of surviving, whilst sticking to a more empirical (and so, less superstitious) way of thinking, and waiting for a clear confirmation of the existent links between -let’s say- a noise and the presence of a danger, is a neat strategy to reduce an individual’s chances of survival.

Does that mean that it’s better -for all of us- to be superstitious? Not necessarily. It just means that, in the past, when our human brains acquired the shape, size and functions that they have these days, this kind of thinking was beneficial for survival and reproduction and -therefore- we are descendants of superstitious thinkers and have inherited their skills. However, our current conditions and technological abilities and resources are not the same and so, we may move to more matter-of-fact knowledge about cause and effects relationships between things or events.

And as a matter of fact, that is what we have done, at least in the important areas of actual (observable) behavior. Let’s take the example of religious believers, let’s say Roman Catholics. If they get cancer, they will probably think and believe that the illness is a consequence of God’s will (superstitious thinking: linking a cause to an effect without any empirical evidence). Nevertheless, when looking for a solution, we can bet that most of them will prefer a scientifically-based treatment such as chemotherapy over a religion-based one such as praying.

So, we can conclude that as humans, we are descendants of superstitious thinkers and we tend to think this way, but we are not forced to be superstitious. Moreover, in our current conditions (at least in the so-called first World) superstitious thinking may have lost most of its beneficial effects on our chances of survival.