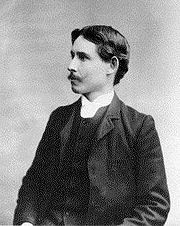 He is widely regarded as Canada’s finest 19th century English language poet. Lampman’s poetry concerns Canada’s rural life and the wonders of nature and can be compared to British romantic and nature poetry contemporary to his life. Lampman’s ability to write detailed, meaningful poems that depict traditional Canadian and Native American life was one of his greatest triumphs as a poet, and probably one of the reasons why his work has had lasting impact in the Canadian canon.

Archibald Lampman is commonly identified with a group of early Canadian poets which included William Bliss Carman, Charles George Douglas Roberts, and Duncan Campbell Scott. They have been variously referred to as the “group of the sixties” or “poets of the Confederation.” Born within a year or two of one another, 1860–62, they all grew up in the benign shadow of an act of the British parliament that gave the British North American provinces the status of a nation in 1867. Nature figured prominently in their work, and a vague transcendentalism, but they were not otherwise closely linked. Lampman was intimate only with Scott, and it was this friendship which illuminated his life between his coming to Ottawa in 1883 and his early death in his 38th year.

The Morpeth that Lampman knew was a small town set in the rolling farm country of what is now western Ontario, not far from the shores of Lake Erie. The little red church just east of the town, on the Talbot Road, was his father’s charge. Lampman was of loyalist stock on both sides of the family. The European roots were German on his father’s side and Dutch on his mother’s, but in the more immediate line of descent both of the poet’s grandmothers were Scottish.

The stock is honourable, typical of pioneering achievement at its best, and if the young Archie, as he was affectionately called, is to make little mention, of it in his writings it is probably because he took his roots, firmly bedded as they were in the North American experience, for granted. He was to worry about many things but not at all about his Canadian identity. Of the personality shaped from these diverse inheritances, one can say only that in it the intellectual, contemplative, and active parts were in decent equilibrium. 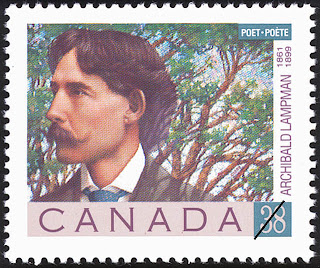 At the university Lampman was to win prizes in the first year, but he was to complete his degree, in 1882, with only second-class standing. His enduring love was Greek and the Greek masters. He would be translating Homer in the weeks before his death. Early in the first term he joined the Literary Institute and soon came to know the staff of the college paper Rouge et Noir, to which in 1880–81 he contributed an essay on Shelley and a treatise on “Friendship,” his first published pieces. His first published poem, “Verses,” appeared in the February 1882 issue of the paper. Meanwhile, he pursued his vagrant reading, practised writing (he tried his hand at a novel), and enjoyed his new freedom; the best gift of this freedom may well have been the companionable talk in rooms filled with pipe smoke and the smell of beer and cheese. Indeed, the sense of being a part of a community of like minds was all-important. John Almon Ritchie, who would later write for the theatre, became a close friend; also Joseph Edmund Collins, soon to be a successful journalist and biographer. In the city which ringed the university, moreover, a literary awakening was under way. Goldwin Smith*, political journalist and man of letters, a few years out from England, held court at the Grange. Smith had launched the Bystander, which he edited and largely wrote, about the time Lampman came to the university; and in 1883 he was to begin the Week, a journal of literature and criticism to which many Canadian writers would contribute, including in due time Lampman. The first editor of the Week was Charles G. D. Roberts, and it was in Toronto in these years that Roberts and Lampman first met, became friendly, and talked about poetry. Lampman was ready for the encounter. A memorable passage in a lecture called “Two Canadian poets” (Roberts and George Frederick Cameron), delivered in 1891 in Ottawa, records his sitting up most of a May night ten years earlier reading and re-reading Roberts’s recently published first volume of poetry, Orion, and other poems, in a state of “wildest excitement.” 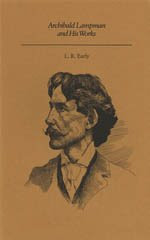 The impossible had proved possible. “It seemed to me a wonderful thing that such work could be done by a Canadian, by a young man, one of ourselves. It was like a voice from some new paradise of art, calling to us to be up and doing.”

But if these were heady times for Lampman, there were also constant reminders that his days at the university were numbered and that he would soon have to find a job. Teaching was a possibility, although he viewed the prospect with no enthusiasm, and indeed the letters of application he wrote to school-boards hovered on the edge of self-mockery. He was accepted at Orangeville, and he taught high school there for three unhappy months in the fall of 1882. He left his job in December and moved back to Toronto. Through the influence of his friend Archibald Campbell, whose father, Sir Alexander, had recently been postmaster general, he was offered almost immediately a position as clerk in the Post Office Department in Ottawa.