This is how we, Greens, read the final outcome of ICCAT (Cape Town 2013) 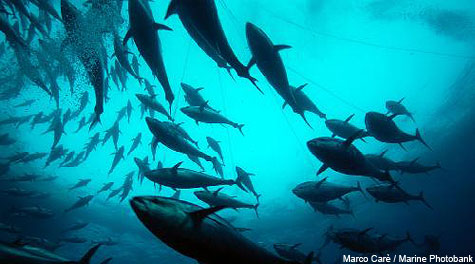 ICCAT wrapped up its business yesterday for another year. Compared to other years, this was a rather calm meeting. It felt more like an interregnum, with various interests jockeying for position, skirmishing, before a big confrontation foreseen for 2014.

The most mediatic issue at ICCAT was, as usual, bluefin tuna. The scientists have indicated that a recovery of the stock has begun and so the usual suspects were lined up to call for a big increase in the quota – interests both within Europe and elsewhere. Nonetheless, the European Commission had been given a mandate to resist calls for a quota increase and in that, they succeeded. There is no increase. Moreover, a European proposal to improve certain control measures was approved which, at the last minute, suddenly included a provision to change the fishing seasons. The latter caters explicitly to European fishing interests.

On sharks, unfortunately there was no surprise. It has been five years since ICCAT took any new measures to conserve sharks and many were bitterly disappointed. It was, once again, the Asian countries which blocked any progress,

There was a bit of good news for sea turtles, which get caught in longline fisheries, with an agreement on requirements for the live release of these endangered animals.

The biggest failure, though, concerns the commitment of ICCAT to proper and effective control measures and appropriate sanctions. As described in the previous blog (See Below), ICCAT has become a talking shop which turns a blind eye to any serious problem of lack of compliance. Gone are the days when effective sanctions were applied – this year, several countries received a “letter of concern”, which essentially complains that if they do not improve next year and resolve the problem, they might – just might! – receive a “letter of identification”, which is just as toothless as the first letter. Since most member countries are guilty of one thing or another (failure to submit data, exceeding their quota, poor surveillance systems, etc) they all tacitly agree to limit the actions of ICCAT to these absurd letters. It has been years since trade restrictions have been imposed.

The campaign against illegal fishing can only be won by concerted, multilateral efforts and cooperation. The EU Illegal, Unreported and Unregulated fishing (IUU) regulation cannot solve the problem by itself and must be supported by other complementary measures. Unfortunately, at ICCAT this year it became crystal clear that the international community has very little enthusiasm for what must be done.

That is the real travesty of ICCAT.

By Raül Romeva and Michael Earle