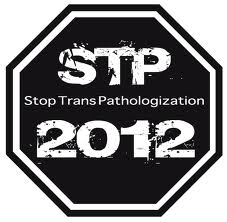 STRASBOURG , 29 September 2011 — In a resolution adopted yesterday, the European Parliament has called on the World Health Organization to stop considering transgender people mentally ill. ‘Gender identity disorder’ is currently classified as a ‘mental and behavioural disorder’ in the WHO’s International Classification of Diseases.

The text adopted yesterday “calls on the Commission and the World Health Organization to withdraw gender identity disorders from the list of mental and behavioural disorders, and ensure a non-pathologising reclassification in the negotiations on the 11th version of the International Classification of Diseases.”

The International Classification of Diseases (ICD) serves as a global reference to define and categories physical and mental troubles. Homosexuality was classified as a mental illness in the same list until 1990. The World Health Organization currently reviews the 10th version of the ICD; the next version should be finalised after lengthy consultations, in 2015.

Emine Bozkurt MEP, Member of the LGBT Intergroup and author of the call, reacted: “Transgender identities are still considered a mental disorder by the World Health Organization. This must be changed urgently by the time the next version comes into effect in 2015. Transgender people wishing to live in a body that matches their identity are of course entitled to medical treatment and its benefits, but the negative stigma surrounding them must stop.”

Vice-President of the LGBT Intergroup Raül Romeva i Rueda MEP continued: “Considering transgender people mentally ill means they are not free to decide for themselves, and are often disrespected by the medical profession, their employers and their families. This call sends one clear message to the Commission and the WHO: the pathologisation of gender identity must stop, as the pathologisation of homosexuality ended in 1990.”

The European Commission takes part in ongoing negotiations for the next version of the WHO’s International Classification of Diseases. The Intergroup on LGBT Rights will continue monitoring the Commission’s submissions.