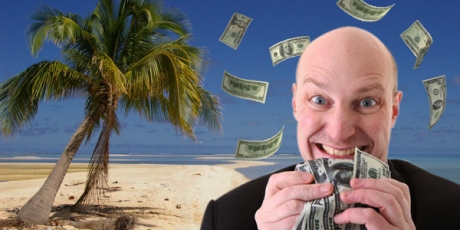 Ahead of tomorrow‘s crunch negotiations between the European Parliament, Council and Commission on key legislative proposals establishing rules for banks (the capital requirements directive – CRD IV), the Greens have called on EU governments to drop their opposition to central provisions on bank bonuses and accounting transparency. Speaking ahead of the trialogue negotiations, Green negotiator and finance spokesperson Philippe Lamberts (MEP, Belgium) said:

“The EU urgently needs agreement on this crucial new banking legislation but the intransigence of EU governments on core elements of the draft is preventing a deal. The Greens fully support the overarching aim of the rules to ensure banks are sufficiently capitalised but believe the EU cannot miss another opportunity to ensure long overdue measures are introduced to regulate banking remuneration and accounting transparency.

“EU governments cannot continue to keep their heads in the sand on the issue of limiting excessive remuneration of bankers. There is an overwhelming public interest in and demand for curbs on the excessive bonuses paid to bankers and the European Parliament, as the EU’s democratically-elected institution, has made common sense proposals to this end. The proposal to limit bonuses to 100% of annual pay (a 1:1 index), while common sense, is modest. EU governments must drop their opposition.

“The issue of accounting transparency is another core demand of MEPs to which the opposition of EU governments is hard to understand. Parliament wants to ensure country-by-country reporting on the accounts and profits of banks’ activities, with a view to ensuring proper transparency for issues like revenue collection and tackling tax avoidance.

“Without an agreement on these core issues, it is hard to see how the democratically-elected European Parliament can agree to this draft legislation. We call on EU governments to drop their opposition and to agree to the demands of the EP.”

In that regard, it is important to remind as well the action Avaaz.org is launching:

Big banks are hiding billions in tax havens around the world. In just 24 hours, the European Parliament can push through a reform to make them pay their fair share of tax on their already oversized profits — but to win they need our support.

Bankers are using complex accounting tricks to avoid paying tax like the rest of us, and they’re not even required to tell us where their money is. But now the European Parliament wants to shine a light onto their tax avoidance. It’s a no-brainer reform that expert economists widely support — but key governments including the UK and Germany are siding with rich bankers to kill the proposal.

Negotiations end in just 24 hours time, and allies in Parliament say that with massive public support, we can win this landmark reform to end banks’ tax dodging. Sign the petition and tell everyone — if we urgently raise 150,000 signatures from across Europe, MEPs will deliver our message right into tomorrow’s crucial meeting:

It’s crazy that when governments across Europe are strapped for cash, banks are free to squirrel away their money around the world without telling anyone where it is. Using accounting tricks that serve no one but themselves, they can set up their accounts so almost all of their profits are declared in tax havens where they don’t have to pay their fair share — even when those billions are earned here in Europe.

Experts say the European Parliament’s proposal is a key step in the struggle to hold tax avoiders to account — as it would require the banks to tell us where their money is and how much tax they pay, and make tax evasion more difficult. It’s called “Country by Country Reporting”, and means they have to break down their accounts by each country they operate in, rather than just provide one meaningless, global number.

But despite talking tough on tax avoiders, the British and German governments are leading resistance to the Parliament’s proposal. Let’s deliver 150,000 signatures in the next 24 hours and empower key MEPs to end this banker outrage – sign and spread the word:

We know that this can work. Last year, hundreds of thousands of us successfully pushed the EU to agree measures to put criminal bankers behind bars — with the EU Finance Commissioner crediting Avaaz with helping turn the tide. Now, let’s make sure we stop banks’ tax avoidance.

Luis, Emma, Paul, Emily, Alex, Wen-Hua and the rest of the Avaaz team

Right now big banks are free to hide billions in international tax havens. But tomorrow the European Parliament could push through a reform that makes them pay their fair share. Germany and the UK are blocking the proposal, and Parliament needs our huge public backing to stand strong and win this landmark reform. We only have 24 hours left — sign the petition: http://www.avaaz.org/en/bankers_pay_your_fair_share/?bHDYebb&v=22338