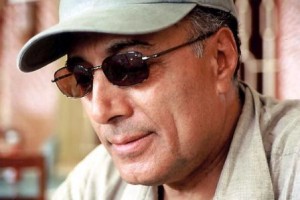 I don’t quite know to whom I am addressing this letter, but I do know why I’m writing it and I believe that under the circumstances it is both critical and inevitable because two Iranian filmmakers, both of whom are vital to the Iranian wave of independent cinema, have been incarcerated.

As a filmmaker of the same independent cinema, it has been years since I lost hope of ever screening my films in my country. By making my own low-budget and personal films, it has also been years since I lost all hope of receiving any kind of aid or assistance from the Ministry of Guidance and Islamic culture, the custodian of Iranian cinema.

In order to make a living, I have turned to photography and use that income to make short and low-budget films. I don’t even object to their illegal reproduction and distribution because that is my only means of communicating with my own people. For years now I have not even objected to this lack of attention from the ministry and cinema?tic authorities?.

Even if we choose to disregard the fact that for years now, the cinematic administrators of the country, who constitute the main cultural body of the government, have differentiated between their own filmmakers (insiders) and independent filmmakers (outsiders), I am still of the opinion that they are oblivious of Iranian independent cinema. Filmmaking is not a crime. It is our sole means of making a living and thus not a choice, but a vital necessity.

I have found my own solutions to the problem. Independent of the conventional and customary support granted to the cinematic community at large, I make my own short and independent films with hopes of gaining some credit for the people I love and a name for the country I come from. Sometimes the necessity to work calls for the making of films beyond the borders of my country, which is ultimately not out of personal choice or taste.

However, others, like Jafar Panahi, have for years tried to summon official government support, exploring the same frustrating path, only to be confronted with the same closed doors. He too has for years held hopes of obtaining public screenings for his films and receiving official aid and assistance from the relevant governmental bodies. He still believes that based on the merits of his films and the acclaim they have brought the country, he can seek legal solutions to the problem. The Ministry of Guidance and Islamic culture is directly responsible for what is happening to Jafar Panahi and his like. Any wrongdoing on his part, if there is any at all, is a direct result of the mismanagement of officials at the cinematic department of the Ministry of Guidance and it’s inadequate policies which in no way leave any choice for the filmmaker other than to resort to means that jeopardize his situation as a filmmaker. He too makes a living through cinema.

For him too, filmmaking is a vital necessity. He needs to make himself heard and has the right to expect cinematic officials to facilitate the process, rather than become the major obstacles themselves. Perhaps the officials at the ministry can not at present be of help in solving Jafar Panahi’s dilemma, but they need to know that they are and have been responsible all these years, for the dreadful consequences and unpleasant and anti-cultural reflections of such policies in the world media.

I may not be an advocate of Jafar Panahi’s radical and sensational methods but I do know that the cause for his plight is not a result of choice but an inevitable [compulsion].

He is paying for the conduct of officials who have for years closed all doors on him, leaving open small passages and dead end paths.

Jafar Panahi’s problem will eventually be solved but there are numerous young people who have chosen the art of cinema as their means of expression and careers.

This is where the duty of the government and the Ministry of Guidance and Islamic Culture, as the government’s main cultural body, becomes even more critical, for they face a large group of Iranian youth who aim to work independently and away from complicated official procedures and existing prejudices.

Jafar Panahi and Mahmoud Rasoulof are two filmmakers of the Iranian independent cinema, a cinema that for the past quarter of a century has served as an essential cultural element in expanding the name of this country across the globe. They belong to an expanded world culture, and are a part of international cinematic culture. I wish for their immediate release from prison knowing that the impossible is possible. My heartfelt wish is that artists no longer be imprisoned in this country because of their art and that the independent and young Iranian cinema no longer faces obstacles, lack of support, attention and prejudice.

This is your responsibility and the ultimate definition of your existence.