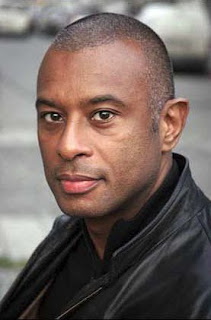 Caryl Phillips was born on 13 March 1958 on the Caribbean island of St Kitts. He grew up in Leeds, England, and read English at Queen’s College, Oxford. He is the author of six novels, several books of non-fiction and has written for film, theatre, radio and television. Much of his writing – both fiction and non-fiction – has focused on the legacy of the Atlantic slave trade and its consequences for the African Diaspora.

The Final Passage, his first novel, won the Malcolm X Prize for Literature. It tells the story of a young woman who leaves her home in the Caribbean to start a new life with her husband and baby in 1950s London. His second novel, A State of Independence, is set in the Caribbean and explores the islands’ growing dependency on America. Higher Ground consists of three narratives linking the lives of a West African slave, a member of the Black Panther movement and a Polish immigrant living in post-war Britain. Cambridge, his fourth novel, is set in the first half of the nineteenth century and centres on the experiences of a young Englishwoman visiting her father’s plantation in the Caribbean. Crossing the River follows the separate stories of two brothers and a sister from slavery to a dislocated emancipation. His most recent novel, The Nature of Blood, draws parallels between the persecution of Jews in Europe and the black victims of slavery.

Caryl Phillips’ non-fiction includes a travel narrative, The European Tribe, winner of the Martin Luther King Memorial Prize, and The Atlantic Sound is an account of a journey he m 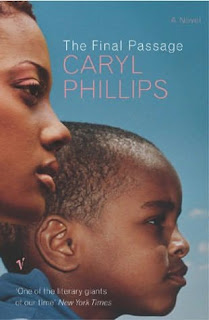 ade to three vital hubs of the Atlantic slave trade: Liverpool in England, Elmina on the west coast of Ghana, and Charleston in the American South. A New World Order: Selected Essays was published in 2001, and A Distant Shore in 2003, the latter being an exploration of isolation and consolation in an English village.

Although Phillips is best known today as a novelist, his initial artistic leanings were towards drama. Phillips’s first play, Strange Fruit centres on a Caribbean family that has lived in Britain for the past twenty years. Followed by Where there is Darkness and The Shelter, these plays reveal an early preoccupation with many of the key themes within Phillips’s fiction. For example, his attention in Strange Fruit and The Shelter to female characters leads to an exploration of the sexual politics of migration that is also a key concern of the novels.

The gendered nature of journeying is particularly prominent in his first novel, The Final Passage . The book follows the story of Leila, a young mother and her selfish, unsupportive husband Michael as they travel from the Caribbean to England in the 1950s. At the time of its publicatio 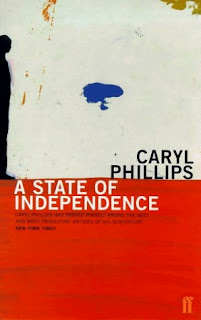 n in 1985, the novel broke new ground as the first ‘second generation’ black British novel to return to the experience of the so-called ‘Windrush generation’ (the first post-war West Indians to arrive in England on the SS Empire Windrush in 1948). Although Leila’s lack of urgency in the novel has been criticised by some, it is by placing a female character at the centre of his narrative, that Phillips manages to disturb the male-centred narratives associated with early settler fictions by the likes of Sam Selvon, George Lamming and V.S. Naipaul.

The Final Passage is more than a reference to the ill-fated journey of Leila and her husband Michael, it is also an allusion to the middle passage of the slave trade. Beyond the surface 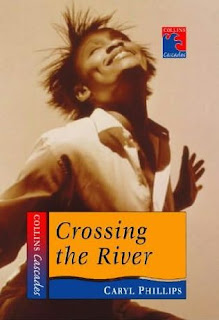 realism of this deceptively simple narrative the reader is confronted with the kind of formal and linguistic experimentation of later work such as Crossing the River. Structured around five sections (‘The End’, ‘Home’, ‘England’, ‘The Passage’ and ‘Winter’), The Final Passage is a disorienting, discontinuous narrative where the beginning is ‘The End’ and the end suggests a new kind of beginning (for Leila and her child).

The return ‘home’ that is anticipated at the end of The Final Passage became the subject of Phillips’s next novel, A State of Independence . Like Moses, the archetypal character of Selvon’s ‘London’ fictions, Bertram’s return to a newly independent CaribbeanEngland and the Caribbean, A State of Independence ends with Bertram poised between the Caribbean and England. Phillips is a diasporic writer, whose work rejects investment in national belonging, preferring instead the border spaces of the black Atlantic.