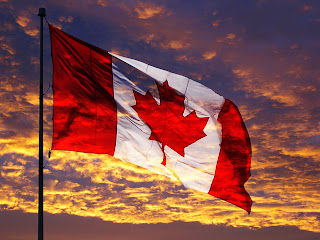 During the 20th century, predominant patterns of habitation in Canada shifted from rural to urban settings.

In Canadian literature, a corresponding shift can be seen in fictional settings; and transitions from pastoral to urban settings have been associated with new themes and archetypes, as well as a revised approach to realism. However, given that this country’s perceived literary identity itself has been shaped by a deep and abiding contact with nature, it is interesting to question the extent to which a shift to urban settings automatically marks ‘new ground’ in Canadian fiction.

With the creation of a Canadian nation in 1867 a self-consciousness arose, a desire to define the “Canadian”, to create a “national” literature. Handily enough, this coincided with a period of European thought in which the virtues of the “northern” were being heavily promoted: the superiority of the strong, manly, active “northern” peoples — the “Anglo-Saxons” and “Scandinavians” — over the weak, feminine, passive “southern” peoples; the heroic qualities of the old Icelandic texts and the Ring cycle. So the intellectual mood was receptive to precisely those qualities which Canada could naturally boast. There was increased emphasis on the “northern” roots of the Canadians; in a spirit of generous tolerance. In literature, the obvious subject was, of course, the land. Much of what was written then — subsequently referred to disparagingly as “the maple-leaf school” — is, as might be expected, very bad, but in the best work one sees the beginnings not only of a kind of modus vivendi with the land, but of an appreciation of it on its own terms: powerfully accurate descriptions in the poetry of the “Confederation poets”, gradually a new kind of realism shorn of romantic diction and attitudes, a reversal of values that sees the beauty of the clear, cold winters, the spare ruggedness of the wilderness, and finally the admission that this is not a land to be tamed, an acceptance of the land on its own terms, without any imposition of human purpose or even human relevance. This is a slow development, but the end state is perhaps best caught in a passage in Hugh Mac- Lennan’s The Watch That Ends the Night. The subsuming of the human in the animal world that Purdy suggests so subtly here is highly appropriate, for one of the key stages in this development of the relationship of Canadian literature to the land was marked by the invention around the turn of the century by Ernest Thompson Seton and Sir Charles G.D.Roberts of the modern animal story, in which for the first time animal tales are based on observation and dispense with sentimentality and didacticism; the attempt to see animals naturally in their environment is then paralleled by, and strengthens, the effort to achieve the same for humans. 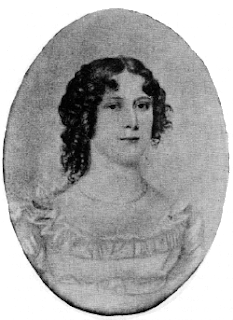 But actually experiencing the North, getting out into the wilderness, has been through the the technological tool that made possible the extension of European control, the means by which this new space was most intensely experienced. So the frequency with which journeys by canoe appear in Canadian literature comes as no surprise. The canoe’s literal function is that it enables one to move about in an otherwise impenetrable country, but symbolically it allows one to meet dangers and overcome challenges, to experience the land in the most intimate possible way, to identify with the native inhabitants, to achieve varying degrees and kinds of freedom. Interestingly enough, the earliest use of this motif to suggest some of these qualities seems to be found in the work of Susanna Moodie’s contentment at being able to paddle off in a canoe and simply achieve solitude for a while. Certainly part of their delight stems from the ability that moving about in a canoe gave them to escape their usual gender roles, something that would not have applied to men. But as the century wore on, the canoe motif is increasingly found in works by men as well, in the form of poems and prose in which the writers go out to deliberately encounter and experience the wilderness (Lampman’s “Temagami” is a good example of this).

Increasingly in the twentieth century these journeys are seen as retreats, or at least temporary withdrawals from civilization, spiritual journeys, journeys into a symbolic space: for Duncan Campbell Scott the journey to “The Height of Land” brings a mystic sense of the harmony of the contradictory forces of life. this corresponds to the general trend towards employing the wilderness for symbolic purposes.

An essentially sympathetic picture of the Natives was created around the turn of the century by Duncan Campbell Scott, with his poetry and tales of Indians’ endurance and their dignity in the face of great adversity, and the insensitivity of Whites.