Canadian short fiction has always maintained close associations with the popular markets provided by newspapers and LITERARY MAGAZINES. A pattern of first publication in periodicals and subsequent collection in book form was established in the 19th century and has continued to the present day.

Portions of Susanna MOODIE’S ROUGHING IT IN THE BUSH were first published in The Literary Garland before appearing in book form in 1852. Stephen LEACOCK published SUNSHINE SKETCHES OF A LITTLE TOWN in The Montreal Daily Star (Feb-June 1912), then as a book later the same year.

Since the 1920s the connections between short fiction and newspapers or magazines have remained strong, as seen in the publication of work by Morley Callaghan, Mavis GALLANT, Alice MUNRO in periodicals. Several writers have also edited newspapers, magazines or anthologies.

Some critics define the sketch as “an apparently personal anecdote or memoir which focuses on one particular place, person, or experience, and is usually intended for magazine publication.” Its colloquial tone and informal structure relate it to the epistolary form employed in several early Canadian works.

One common kind is the humorous or satirical sketch, as found in the works of Leacock.

A second kind is the autobiographical, descriptive or travel sketch, as practised by Archibald LAMPMAN and Duncan Campbell SCOTT.

The most distinctive early contribution by Canadians to short fiction was the animal stories of Roberts.

Scott’s work looks back to 19th-century American gothic and romantic and local-colour writing, yet its ironic tone connects it with mid-20th-century writing, and his use of imagery anticipates the poetically conceived short stories written later in the century. 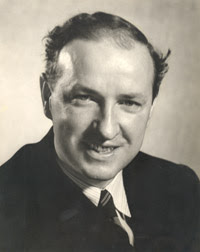 Morley Callaghan was “the first and most important of the modern short-story writers in Canada”. Callaghan’s stories were important for his choices of subject and situation; his modern, urban, even international outlook; his understanding of the importance and the difficulty of writing about everyday life; and the intimately human moral complexities that he explored. Furthermore, the stories created a strong feeling of immediacy because of his special and new way of using words plainly. Perhaps even more important to the succeeding generation of writers was the reputation that Callaghan had made for himself.

His short stories significantly influenced Canadian writers from the late 1940s to the early 1960s, including Margaret LAURENCE and Alice Munro, both major contributors to the history of short fiction in Canada. By the 1980s, M 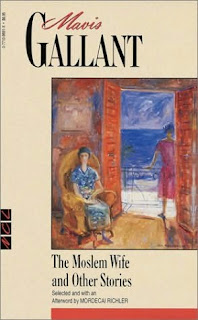 The most truly international of Canadian short-story writers, however, is Mavis Gallant. Her Stories of Paris (1985) brought a more intricate internationalism, a richly textured political awareness and exquisite craft to Canadian short fiction.

Where twenty years ago Canadian stories stressed content – what a story was about – the main emphasis now is on the story as verbal and rhetorical performance. ” These differences can be perceived in the evolution of some writers’ conceptions of the short story. Munro’s stories, for example, move from her early narrative style towards a freer, more open, more dreamlike form evident in such collections as The Progress of Love.

Canadian writers of short fiction, like authors in other genres, are subject to fluctuations in popularity. As personal likes shift back and forth between plain style and verbal play or between realism and fantasy, individual writers’ reputations rise and fall accordingly – regardless of their work’s quality. Furthermore, attention is rarely given to a writer’s literary development, to a writer’s changing views of the form of the short story.