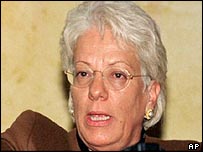 
Summary of the Balkans Regarding ICTY and EU Accession

The United Nations Security Council unanimously voted to establish the ICTY on 25 May 1993 by resolution 827. The UN Security Council considered that the mass killings, ethnic cleansing, torture, rape and other crimes that were occurring at the time on the territory of the former Yugoslavia were a threat to international peace and security. The president of the ICTY is Judge Fausto Pocar. So far the ICTY has indicted over a 160 individuals.

Last year Serbia’s talks with the EU were suspended due to Belgrade’s failure to arrest Mladic.

The May 1, 2006, deadline established by Carla del Ponte for Serbia to hand over Mladi? passed, resulting in suspended talks between Serbia and the EU.

Zdravko Tolimir was handed to UN personnel at the Serbian–Bosnian border on 31 May, 2007 after being arrested in Serbia. He arrived at the Tribunal in The Hague the following day. He is charged with crimes against humanity, genocide, and war crimes. So far he has failed to enter in to a plea and claims he was arrested in Serbia.

The EU said it is willing to resume talks if Serbia cooperates with the ICTY. The EU has kept pressure on Serbia to hand over war criminals by withholding talks on the Stabilization and Association Agreement (SAA). These talks are a pretext for Serbia to be considered a candidate country for EU membership.

Commissioner Olli Rehn on 1 June in Berlin met with Tadic and announced that he is now happy with Serbia’s commitment to help the ICTY and will open SAA talks with Serbia. This was due to the recent arrests of Tolimir.

At the meeting Merkel and Tadic also talked on Kosovo’s future. Merkel expressed her support for the adoption of a UN Resolution based on the Ahtisaari Plan with Tadic saying that Serbia would not accept Kosovo’s independence.

Serbia are however another step closer to EU membership following a meeting of the European Union’s Council of Ministers in March 2007, which held out the prospect of Serbia achieving candidate status by 2008 and signalled a re-launch of Serbia’s SAA talks once a new government is formed in Belgrade. If Serbian membership negotiations were to start in 2008, it is possible that Belgrade could jump ahead of Macedonia in the accession process and enter the Union soon after Croatia. The EU Council declared that the EU will establish its own achievable benchmarks for Serbia when it comes to the ICTY and the transfer of accused persons is not a prerequisite to SAA talks and instead the government will be expected to demonstrate a commitment to cooperating with the Tribunal.

The United Kingdom, the Netherlands, and some Scandinavian states made the surrender of Gotovina a precondition for Croatia’s accession to the European Union, as they felt the Croat government was doing little to help the ICTY. This stance was criticised by the Croatian government, which claimed that it did not know where Gotovina was. Accession negotiations with the EU, scheduled to start on March 17, 2005, were postponed pending a resolution of the issue. Croatia’s bid for accession was finally accepted in October 2005. Gotovina was then captured the following December. Gotovina was wanted by The Hague for the atrocities committed during operation Storm. On 12 December 2005 He appeared before the ICTY where he pleaded not guilty to war crimes and crimes against humanity. In 2006 Gotovina’s case was joined with cases against Ivan ?ermak and Mladen Marka? as it relates to the same events (Operation Storm). In May 2007 Gotovina’s case was postponed due to conflicts of lawyers on his defense.

Ramush Haradinaj, a former KLA regional leader, served briefly as Prime Minister of Kosovo before he turned himself over to the ICTY at The Hague to stand trial on war crime charges. Several other former KLA members have been indicted on war crimes charges.

There are other Kosovars to have gone through the ICTY. Fatmir Limaj, one of the senior commanders of the KLA to has been acquitted of all charges in November 2005. He is now a key member of the opposition. Another KLA member, Haradin Bala, was also indicted by the ICTY at the same time for having participated in the detention of Serb civilians and perceived Albanian collaborators at the Lapusnik Prison Camp, where Bala was a prison guard commander. He was found guilty of torture, cruel treatment, and murder, and sentenced to 13 years imprisonment. His appeal against the verdict is still pending

Haradinaj served only 100 days as Prime Minister before being indicted for war crimes by the ICTY, at The Hague. The indictment alleges that Haradinaj was a member of a joint criminal enterprise between March and September 1998, the alleged purpose of which was to exert control over territory and target both Serb and Albanian civilians. The charges are vigorously denied by Haradinaj. He is not being held at The Hague and is currently politically active in Kosovo. This has been allowed under the understanding that he returns to The Hague for his trial dates.

Boskovski and Tarculovski are the only Macedonian war criminals who have been indicted. Under a joint indictment that the ICTY released on 15 March, each faces three counts of violations of the laws or customs of war in connection with the 2001 inter-ethnic conflict in Macedonia. The atrocities for which they have been charged were committed between 10 August and 12 August 2001, during a police raid on the village of Ljuboten.

The Macedonian government guarantees that the defendants will be available to The Hague tribunal if they are provisionally released and allowed to return to Macedonia.

Tarculovski, 30, is said to have commanded the raid, while Boskovski, 44, was the interior minister at the time and had command responsibility, according to prosecutors.

Boskovski, who has a dual Macedonian and Croat citizenship, faces charges in connection with another criminal case, in which six Pakistanis and one Indian were killed by Macedonian police at Rastanski Lozja outside Skopje on 2 March 2002. The former interior minister fled to Croatia last year, but was arrested there and kept in detention in the town of Pula until 24 March, when he was transferred to The Hague.

On Monday 4 June in his address to the members of the European Parliament’s Committee on Foreign Affairs, Foreign Minister Milo?oski called on them to support the proposal in MEP Meijer’s report on the country that Skopje should start membership negotiations as soon as possible. Mr Milo?oski admitted that his country ‘suffered from certain deficiencies’, but added that it was also achieving results.