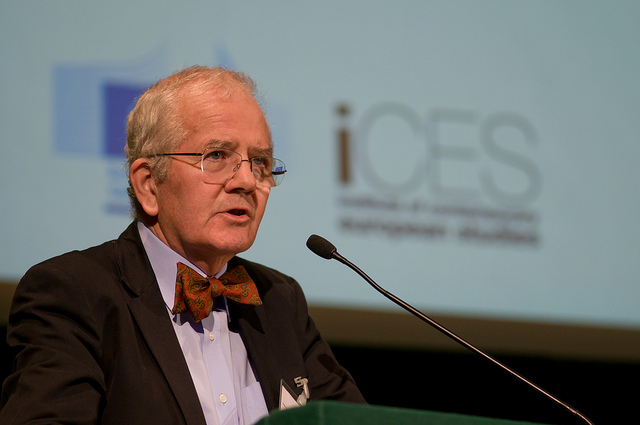 HC 643 The foreign policy implications of and for a separate Scotland (també existeix versió traduida al CATALÀ, gràcies a Vilaweb)

1. The object of this note is to clarify the procedure by which, following a referendum in which the Scottish people vote in favour of independence, Scotland could become a member of the European Union. Although the note touches on wider issues such as the terms of Scotland’s membership and the attitude of the EU member states and institutions, it focuses on the question of the procedure for Scotland’s accession.

2. In the debate on Scottish independence it is natural that opponents tend to exaggerate the difficulties of EU membership, while proponents tend to minimise them. This note tries to address the subject as objectively as possible. In summary it argues that:

· Scotland’s 5 million people, having been members of the EU for 40 years; have acquired rights as European citizens

· The EU would adopt a simplified procedure for the negotiations, not the traditional procedure followed for the accession of non-member countries

3. The author a Senior Member of St. Antony’s College, Oxford, Senior Adviser at the European Policy Centre, Brussels, and Honorary Director-General of the European Commission. He worked for 40 years as a senior official in Whitehall and Brussels, and took part in successive negotiations for EU enlargement (see biographical note at end).

4. The EU has no historical precedent for dealing with Scottish independence. The following cases are relevant, but hardly constitute precedents:

· Greenland joined the EU in 1973 as part of Denmark. Later it obtained home rule and voted to leave the EU. This led to a decision of the EU in 1989 removing Greenland from the EU’s customs territory and legal framework.

· In March 1990 the German Democratic Republic elected a new government committed to reunification; in October 1990, when it joined the German Federal Republic, its 16 million people became members of the EU.

5. German reunification represents in some ways the opposite of Scottish independence: it was enlargement without accession, whereas Scottish independence would be accession without enlargement. Nevertheless it is pertinent for the Scottish case from the point of view of procedure. Under pressure of the date for reunification, the EU adopted a simplified procedure for negotiation under which the Commission explored with Bonn and Berlin the changes needed in EU legislation, and its proposals were approved rapidly by the Council of Ministers and European Parliament. No EU intergovernmental conference was necessary because there was no modification of the EU Treaties.

6. However, for Scotland a modification of the EU Treaties would be necessary, if only to provide for Scottish representation in the EU institutions (number of members of European Parliament, number of votes in Council of Ministers, etc.).

7. At this point we need to consider the timing and procedure for such Treaty changes. Scotland’s EU membership would need to be in place simultaneously with Scottish independence. For practical and political reasons the idea of Scotland leaving the EU, and subsequently applying to join it, is not feasible. From the practical point of view, it would require complicated temporary arrangements for a new relationship between the EU (including the rest of the UK) and Scotland (outside the EU) including the possibility of controls at the frontier with England. Neither the EU (including the rest of the UK.) nor Scotland would have an interest in creating such an anomaly.

8. From the political point of view, Scotland has been in the EU for 40 years; and its people have acquired rights as European citizens. If they wish to remain in the EU, they could hardly be asked to leave and then reapply for membership in the same way as the people of a non-member country such as Turkey. The point can be illustrated by considering another example: if a break-up of Belgium were agreed between Wallonia and Flanders, it is inconceivable that other EU members would require 11 million people to leave the EU and then reapply for membership.

9. It follows that negotiations on the terms of Scottish membership would take place in the period between the referendum and the planned date of independence. We do not know at this stage how long that period would be; complicated negotiations between Edinburgh and London would have to take place; but we may guess that not more than one or two years be needed.

10. The main parties in negotiations for Scottish accession to the EU would be the member states (28 members after Croatia’s accession in 2013) and the Scottish government (as constituted under pre-independence arrangements). It may be noted that in this situation the government of Scotland – not yet an independent state – could not in fact submit an application for EU membership under Article 49 of the Treaty. But it could indicate its wish for Scotland to remain in the EU, and this would lead to negotiations in an appropriate framework to prepare the necessary modification of the Treaties. Proposals would be submitted for approval to the EU institutions and the Parliaments of 28 member states and of Scotland, and would come into force on the date of Scottish independence.

11. As in the case of German reunification, the EU would adopt a simplified procedure under which the Commission would be asked to conduct exploratory talks with Edinburgh, London and other capitals, and submit proposals. Although an intergovernmental conference would be needed, it would not be of the kind that handles accession negotiations with non-member countries. A protracted accession procedure of that type, with detailed scrutiny of 35 chapters of the EU’s acquis, would not be necessary in the case of Scotland, which has applied the EU’s policies and legislation for 40 years.

12. Let us return to the question of the changes in EU legislation necessary for Scottish membership. We need to distinguish here between changes in the EU Treaties (primary legislation) and changes in EU regulations, directives, decisions etc. (secondary legislation). The changes in the basic Treaties for institutional reasons should not be problematic: for Scotland they could easily be calculated by reference to member states of comparable size (Denmark, Finland & Slovakia have populations of 5-6 million). The number of votes in the Council for the remainder of the United Kingdom would not need to be adjusted (with 60 million it would still be comparable to France & Italy) although its members of Parliament might need to be reduced in number in order to respect the Parliament’s limit of members.

13. In accession negotiations with non-member countries the EU has always strongly resisted other changes or opt-outs from the basic Treaties; at this stage it remains to be seen what might be requested by Scottish representatives concerning the euro or the Schengen area of free movement of persons. Without embarking here on a discussion of the implications for Scotland of these policies, we may note that although new member states are required to accept them in principle, they do not become members of the eurozone or Schengen immediately on accession, and are not permitted to do so. Joining the euro or Schengen depends on a series of criteria that are examined in the years following accession.

14. Let us turn now to the secondary legislation. Although a large number of technical adaptations would be needed in order for Scotland to implement EU law, the vast majority of these would be uncontroversial since they would be based on the existing situation. In respect of EU policies and legislation, Scotland’s citizens have a legitimate expectation of the maintenance of the status quo in terms of economic and social conditions. There should be no need, for example, to re-negotiate Scotland’s application of European policies in fields such as environment; transport, agriculture, etc.: it would suffice to transpose mutatis mutandis the situation that already exists for Scotland within the U.K. Since the rest of the U.K. could be affected, that process would require discussion and clarification with London, but it would have little interest for other member states who would be content to consider the question of secondary legislation on the basis of a report and proposals from the Commission.

15. Here again, it remains to be seen whether Scottish representatives would request changes in the application of EU rules and policies, for example the fisheries policy or payments into the EU budget. In general one would expect these matters to be solved on a temporary basis by means of a roll-over mutatis mutandis of existing arrangements for the U.K. until the relevant EU rules come up for revision, for example the renegotiation of fishing quotas, or the multi-annual budgetary framework. Such solutions would, in fact, be in Scotland’s interest since it could expect to obtain a better deal as a member state with a full voice and vote in the EU than in the pre-independence period. However, the adaptation of the British budgetary rebate could require difficult negotiations between Edinburgh and London as well as with Brussels.

Graham Avery is Senior Member of St. Antony’s College, Oxford University, Senior Adviser at the European Policy Centre, Brussels, and Honorary Director-General of the European Commission. He has given evidence on a number of occasions to Committees of the House of Commons and the House of Lords

In the Ministry of Agriculture, Fisheries and Food in London (1965-72) he headed the unit responsible for negotiations for accession to the EC, and later (1976) served as Private Secretary to two Ministers. In the European Commission in Brussels (1973-2006) he worked in agricultural policy, foreign affairs, and the cabinets of the President and other Commissioners, and took part in successive negotiations that enlarged the EU to 27 members. His last post was as Director for Strategy, Coordination and Analysis in the Directorate General for External Relations

He has been Fellow at the Center for International Affairs, Harvard University, Fellow at the Robert Schuman Centre for Advanced Studies of the European University Institute, Florence,

Visiting Professor at the College of Europe, and Secretary General of the Trans European Policy Studies Association

In the Queen’s New Year Honours 2012 he was appointed Companion of the Order of St. Michael and St. George (CMG) for services to European affairs.