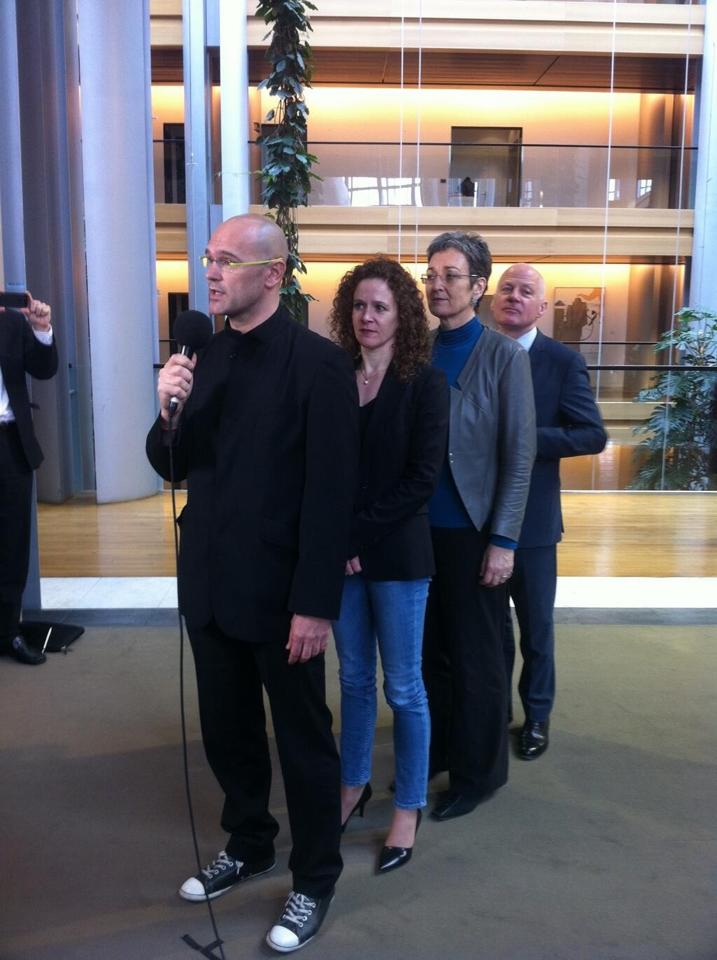 Today the European Parliament adopted a non-binding resolution on strengthening the fight against racism, xenophobia and hate crime. The text calls on the European Commission to add homophobia and transphobia to the list of EU-sanctioned hate speech and violence.

Since a 2008 Framework Decision, the European Union foresees specific, higher penalties for racist and xenophobic speech and crime. These measures are now in force in all 27 Member States and Croatia, due to join the EU on 1st July this year.

The European Parliament has today repeated previous calls to include homophobia and transphobia in the list of grounds covered by the next version of the 2008 Framework Decision, due for review this year.

Today’s resolution was exceptionally authored by all six main political groups, who agreed that ”expressions and acts of anti-Semitism, religious intolerance, anti?Gypsyism, homophobia and transphobia” should be punished by EU law, something the Parliament had already asked for.

The final text also calls on the Council to unblock the anti-discrimination Directive, blocked by Germany and conservative Member States for the past five years.

Raül Romeva i Rueda MEP, Vice-President of the European Parliament’s LGBT Intergroup, commented: “Lesbian, gay, bisexual and transgender people face the same type of threats, violence and crimes across the EU. Racist and xenophobic crimes deserve specific punishment, and so do homophobic and transphobic ones: they target an entire group, rather than individuals.”

Sophie in ‘t Veld MEP, also Vice-President of the LGBT Intergroup, added: “Together with the Commission, we’re waiting for the results of the largest-ever survey on LGBT people’s lives in the EU and Croatia. Once these results are published, it will be up to Viviane Reding to translate them into effective change across EU policies.”

“I’m expecting the survey’s 93,000 respondents will have underlined how much hate they face, encouraged in some countries by political and religious leaders.”

The Fundamental Rights Agency will publish the results of its LGBT survey on 17th May, the International Day Against Homophobia.