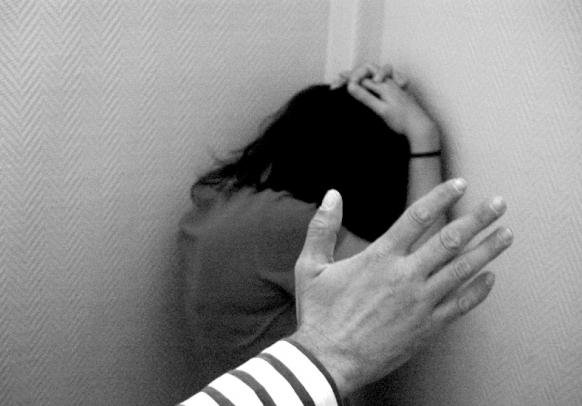 Allow me first of all to congratulate our colleagues, López-Isturiz and Parvanova, for having lead that important debate.

This is not a minor issue. According to the Council of Europe, among 20 and 25% of European women experience physical acts of violence at least once during their adult lives, 12-15% find themselves in a relationship of domestic abuse, and more than 10% suffer sexual violence.

This Regulation, thus, is intended to apply to protection measures ordered with a view to protecting a person when there exist serious grounds for considering that that’s person’s life, physical or psychological integrity, personal liberty, security or sexual integrity is at risk, for example as to prevent any form of gender-based violence and violence in close relationships, such as physical violence, harassment, sexual aggression, stalking, intimidation or other forms of indirect coercion.

The aim of the Regulation is to establish an efficient mechanism of recognition to ensure that all protection measures taken in civil matters in a Member State can circulate freely throughout the EU. To that end, the new rules will provide for a certificate which will act as a kind of ‘passport’ containing all essential information for a quick and easy recognition of the protection measure when the protected person moves or travels to another Member State.

Ther is clear legal base for it: Article 81(1) (TFEU): judicial cooperation in civil matters based on the principle of mutual recognition of judgements and of decision in extrajudicial cases (Recital 2).

Finally, I wish to point out some of the content issue that need to be signalled:

First: All victims are included irrespective whether they are victims of gender-based violence

Second: Protection measures include obligations or prohibitions imposed on the person causing risk, such as:

a prohibition or regulation on entering the place where the protected person resides, works or visits or stays regularly;

a prohibition or regulation of contact, in any form, with the protected person, including by phone, electronic or ordinary mail, fax or any other means;

Some notes on Background:

On 18 May 2011 the EU Commissioner for Justice, Fundamental Rights and Citizenship revealed the Commission’s proposal of a ‘Victims’ Package’, which consists of a Directive establishing minimum standards on the rights, support and protection of victims of crime (meanwhile adopted, Directive 2012/29/EU), a Communication presenting the Commission’s current and future action in relation to victims of crime (COM(2011)274), and a Regulation of mutual recognition of protection measures in civil matters.

Spanish Presidency 2010: The European Protection Order (EPO) was originally initiated by Spain during its Presidency and supported by 11 Member States. On 11 May 2011 Coreper gave a positive go-ahead on the European Protection Order (EPO) which was seen as a clear signal to Council and Commission. Yet in its meeting Council afterwards gave only green light on criminal matters in EPO, the Regulation on mutual recognition of protection measures in civil matters as presented by the Commission in May 2011 consequently deals with civilian matters (orginally referred to JURI).

RULE 51 – European Parliament: As the fight for victims’ rights, support and protection of victims of crime and the fight against gender based violence are closely interlinked, mainly due to the fact that the majority of crime victims are women and girls, the Conference of Presidents in the end decided on Rule 51 for LIBE-FEMM committees for the Directives and JURI-FEMM for the Regulation.

Protection Orders are issued following criminal, administrative or civil procedures. If a person has been granted protection through a protection order in one Member State and wishes to move to another, they can request a European Protection order so that they can move securely around the EU. There are no official figures, but around 118.000 restraining orders (Jiménez-Becerril, rappteur EPO criminal matters), were issued in the EU in 2008 mostly for cases of gender-based violence, and all of them are potential EPO users if they decide to move from one Member State to another.

Regulation EPO Civil: The ‘Civil European Protection Order’ follows the example of the criminal European Protection Order which was approved recently (Directive 2011/99/EU). The purpose is the same, but the Regulation will allow the mutual recognition of protection measures which are based on civil law rather than criminal law. It will allow a person benefiting from a protection order issued against another person in one Member State to benefit from the same level of protection when staying temporarily in another Member State, with a simple recognition procedure.

As the Commission underlines in its Communication, Victims must be able to benefit from the minimum level of rights without discrimination across the EU, irrespective of their nationality or country of residence and whether a minor or serious crime is involved, whether they have reported the crime and whether they are the victim or a family member.