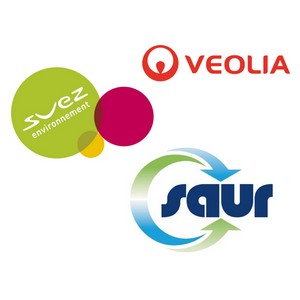 Water is a public good: do not let the private sector act with impunity!

On January 18th 2012, an antitrust procedure was opened in France on 18th of January 2012 by the European Commission’ Directorate General for Competition concerning a potential cartel on price between Suez, Veolia and La Saur. According to the press release, “the Commission will examine in the following weeks the behaviour of the targeted companies as well as the Professional Water Company Federation (FP2E)”. This case was opened following unexpected inspections led in France in April 2010. At this time, the Lyonnaise des Eaux (Suez) was fined EUR 8 million based on a EC breached seal.

According to the Treaty of Rome, article 101, horizontal agreements between companies are forbidden. The Directorate General for Competition can on its own initiative trigger a cartel case based on serious criteria which can then lead to fine the companies up to 10% of their annual turnover.

We are expecting the conclusions of the European Commission to be published during the first semester of 2013. In the mean time, we believe that the precautionary principle or rather the responsibility principle should apply until the Commission verdict, bearing in mind the contracts’ length (10-20 years) and the financial volume at stake (billions of Euros).

We can state as an example the selling conditions for the cession of 24,9% of RWE (THAMES WATER) in the Berlin Lander. The negotiated price based on business law of EUR 659 Millions for anticipated breach of provider’s agreement.

This amount does not reflect any sale of assets or infrastructure but opaque calculations of unrealised gains of a 30 years contract that was supposed to end in 2028. We are talking about taxpayers’ money spent for unrealised gains, without any activity, management costs or any performance in return. It is a form of golden hand shake that is simply unbearable at a time of public finances’ indebtedness.

We also notice in this contract with Berlin that the second private partner, Veolia, could also ask for a similar golden hand shake, which would then mean a potential overall amount of EUR 1,3 Billion

It is a real European issue: these multinational and worldwide companies are currently negotiating in 14 different cities in France, e.g. in Marseille (for a EUR 3 Billion financial volume), but also in Italy, Germany or Spain for equivalent amounts.

At a time of austerity measures and budget cuts, it would be irresponsible from local authorities, intercommunal structures or regional authorities to engage themselves and taxpayer’s money in 10-20 years agreements without having previously demonstrated real financial advantages and necessary transparency as well as a clear negotiation over the agreement termination clause.

In light of these elements, we appeal local, national and European politicians on economic challenges at stake and call them to suspend current pending negotiations between local authorities and the aforementioned companies until the end of the European Commission’s antitrust case.