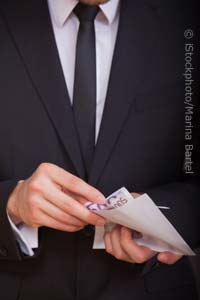 Corruption remains one of the biggest challenges for all societies, including European societies. Although the nature and scope of corruption may differ from one EU State to another, it harms the EU as a whole by lowering investment levels, hampering the fair operation of the Internal Market and reducing public finances. The economic costs incurred by corruption in the EU possibly amount to EUR 120 billion per year. This is one percent of the EU GDP, representing only a little less than the annual budget of the EU.

Boosting anti-corruption policy at EU level
Whether it takes the form of political corruption, corrupt activities committed by and with organised criminal groups, private-to-private corruption or so-called petty corruption, the abuse of power for private gain is not acceptable and has dreadful consequences. Four out of five EU citizens regard corruption as a major problem in their State. This reality highlights the need for restoring trust in the effectiveness of anti-corruption policies and calls for firm political commitment.

The Union has a general right to act in the field of anti-corruption policies, within the limits established by the Treaty on the Functioning of the European Union. In particular, the EU should ensure a high level of security, including through the prevention and combating of crime and the approximation of criminal laws.

Corruption is one of the particularly serious crimes with a cross-border dimension. It is often linked to other forms of serious crime, such as trafficking in drugs and human beings, and cannot be adequately addressed by EU States alone. With the adoption of the Stockholm Programme , the Commission has been given a political mandate to measure efforts in the fight against corruption and to develop a comprehensive EU anti-corruption policy, in close cooperation with the Council of Europe Group of States against Corruption (GRECO).

Monitoring performances in the fight against corruption

In June 2011, the Commission set up a mechanism for the periodic assessment of EU States’ efforts in the fight against corruption [249 KB] , which could help create the necessary momentum for firmer political commitment by all decision-makers in the EU. The mechanism, part of a wider anti-corruption package, will allow for the periodic assessment of anti-corruption efforts in EU States, with a view to fostering political will, helping to step up anti-corruption efforts and reinforcing mutual trust. It will also facilitate the exchanges of best practices, identify EU trends, gather comparable data on the EU 27 and stimulate peer learning and further compliance with EU and international commitments. Moreover, the EU reporting mechanism will prepare the ground for future EU policy initiatives in the area of anti-corruption.

Within the EU, the 2003 Framework Decision on combating corruption in the private sector aims to criminalise both active and passive bribery. The second implementation report [43 KB] shows that the transposition is not satisfactory. Several EU States still have to transpose the most detailed provisions on criminalisation of all elements of active and passive bribery and the provisions on the liability of legal persons. Depending on progress, the Commission will consider proposing a Directive to replace the Framework Decision.

Several anti-corruption legal instruments are already in place at the European and international level, but implementation by EU States generally remains insufficient. Several EU States have ratified all or most of the existing international anti-corruption instruments. However, some States still need to ratify the Council of Europe Criminal Law Convention on Corruption, its additional Protocol, the Civil Law Convention on Corruption, the United Nations Convention against Corruption (approved by the EU in 2008) and/or the OECD Anti-Bribery Convention.

What else needs to be done?

With the anti-corruption package, the Commission is pursuing a coherent approach for shaping EU policies on the fight against corruption. In addition to stronger monitoring and the proper implementation of existing legal instruments, the Commission foresees a wide range of EU-level actions to adequately tackle corruption, as pointed out in the Communication on fighting corruption in the EU [113 KB] . The Commission will propose revising the existing legal framework on confiscation of assets, which is a priority in the fight against organised crime, including in cases of corruption. In 2012, a strategy will be presented to strengthen the quality of financial investigations and the development of financial intelligence in EU States. Cooperation will also be strengthened with Europol (to step up its efforts to combat corruption, including through regular threat assessments), Eurojust (to further facilitate the exchanges of information on cross-border corruption cases) and CEPOL (to propose specific training programmes for law enforcement officials on cross-border corruption investigations).