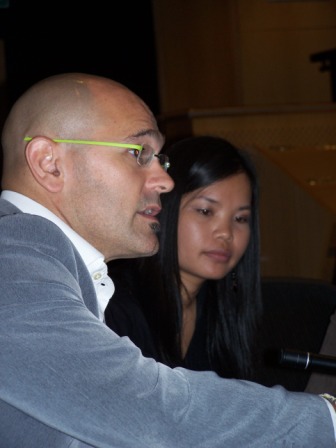 “There is a pressing urgency to prevent the EU from losing interest in what is going on in Burma” – Spanish Member of the European Parliament, Raul Romeva i Rueda

In addition to being an outspoken advocate of freedom for the Burmese people, you are an executive committee member of the European Parliamentary Caucus on Burma (EPCB). This independent grouping consists of parliamentarians from 16 European countries committed to seeing a Burma free of brutality and suffering. What does ultimately the EPCB stand for?

The central aspiration of the EPCB is to raise awareness about the Burmese situation – to keep the issue alive in the EU institutions and governments. The EU has long expressed its steady engagement to champion the democratic transfer of power in Burma. At the EPCB, we work to ensure that Brussels’ determination to help the people of Burma remains in the mainstream of EU policymaking. Although the parliamentarians involved in the EPCB deal with different legislative margins, we all send the same message; that any move to comply with the current status quo in Burma is intrinsically wrong.

There is a pressing urgency to prevent the EU from losing interest in what is going on in Burma. This country falls a long way off from the EU’s most immediate region of concern, what sometimes is mirrored in the EU’s priorities. Furthermore the European Commission (EC) – the European Union’s executive body – is diminishing its humanitarian aid in Burma, as this kind of assistance does not appear to be a priority for them. An example of this is seen in the commission’s decision to cut funds to assist Burmese refugees along the Thai-Burmese border. The EC should make an additional effort to take care of the realities [the continuing needs of the Burmese refugees] that are yet to be met.

The EU’s policy on Burma lies in a set of sanctions designed to persuade the junta to lessen its overarching grip on the country – what is your assessment on the performance of these punitive measures?

The EU sanctions on the Burmese military and its bedfellows are only a tool to weaken the country’s dictatorial iron fist. If these sanctions are to bear fruit, the EU should sharpen its restrictions and bans. As a matter of fact, I am thinking particularly about sanctions equipped to curtail Chinese sales of weapons to Naypyidaw. The EU has so far failed to talk straight to the Chinese about Beijing’s role in perpetuating the current status quo in Burma. As a result, the EU’s approach to China regarding Burma is certainly unsound.

The Chinese leadership must understand that its rise in the international arena is bound to be tied to a leap of responsibility in the world’s affairs. An assertion that holds even truer in China’s neighbourhood.

If the EU seeks to make a difference in the international scene, it has to further engage itself in countries such as Burma. The core obstacle to get there is not the EU as an institution, but its member states. They are the ones setting the tone of EU policies.

Bearing in mind the tight conditions under which the country is going to hold elections – what can the Burmese opposition do to push reforms?

I think that, against all odds, the (internal and exiled) Burmese opposition is mature enough to take over from the military and command a scheme to open up the whole system.

Obviously, the junta is aware of this, and in a desperate attempt at self-preservation, flexes its muscles against nearly non-existent Burmese freedoms. The opposition and the country’s ethnic minorities require ample and effective external support; otherwise, the momentum will miserably fade away. Sadly, neither the EU nor the US has been able to provide such a reliable helping hand.

So, how do you see Burma after the elections?

I am not very positive that the forthcoming elections will change much in the country. To begin with, the constitutional framework over which the poll is to be held could not be more flawed. Does the junta expect us to buy its alleged commitment to reform if it keeps imprisoning anyone who dares to criticise its rulings? If the Burmese military is serious about opening up, it should first release all of the country’s political prisoners; any discourse of political liberalisation falls sort of credibility otherwise.