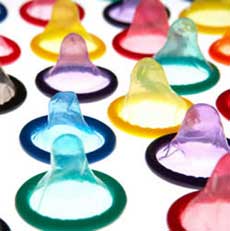 For an inclusive Europe: the next 1st of December stand for the World Aids Day (by Raül Romeva i Rueda, for the Parliament Magazin). Despite the fact that scientific advances have been made in HIV treatment and there are laws to protect people living with HIV; the stigma and discrimination remain a reality for many people living with HIV, making the detention of the HIV a controversial issue. The current socio-economic crisis makes the situation worse: austerity and hate speeches seem the common denominator around Europe. This 1st of December with have 3 main reasons to commemorate the World Aids Day and re-claim social justice.
First, the dimension of the problem. The UN estimates that globally 33.3 million people have HIV. More than 25 million people between 1981 and 2007 have died as a consequence of having the virus, making it one of the most destructive pandemics in history. Therefore and contrary of what we see in the austerity plans, it is crucial that EU governments raise the money expanding in the treatment, increase awareness, fight prejudice and improve education.

Second, because we need to improve early diagnosis and earlier care of HIV. Civil society has the answer, we need to listen to the NGOs and organizations and work with them. A good example are the BCN checkpoint is detection centre of HIV and other sexually transmitted diseases oriented to gay men and other men who have sex with men. There the HIV test is done fast and with total confidentially and the people are after worse derivate to the hospital. This method increases the amount of users and help to destroy the stigma. Experiences like this one needs to be replicated around.

Third, because the crisis cannot stop us. This is about social justice. HIV treatments must be available for everybody living in the EU, regardless origin, nationality, economic position or other. Budget cuts have complicated states relationship with pharmaceutical companies. So far, there are no signs that this has disrupted supplies of HIV medicine. But the cuts are having a huge impact on the health systems and that can increase HIV cases and dilate its detection. Moreover, the new regulation of ACTA over patents can limit the access to medicines, banning the state capacity of provide generic medicines.

In the European Parliament, the Greens-EFA work constantly for a Fundamental Rights and an inclusive Europe. Concretely, I am the reporter for the European Union (EU) anti-discrimination directive. This directive should contribute to end exclusion and discrimination that people suffer because of their age, sexual orientation, religion or disability. Unfortunately, the adoption of this anti-discrimination directive requires the agreement of all 27 EU Member States and Germany is the principle country blocking it in the Council. The directive would help persons with HIV and other millions of people in Europe to enjoy their rights without discrimination.

In summary, we need a holistic approach of Europe health and social services in cooperation with the civil society to prevent the propagation of the virus, to detect it as soon as possible and to eliminate the stigma and discrimination of people with HIV. No more time to loose!