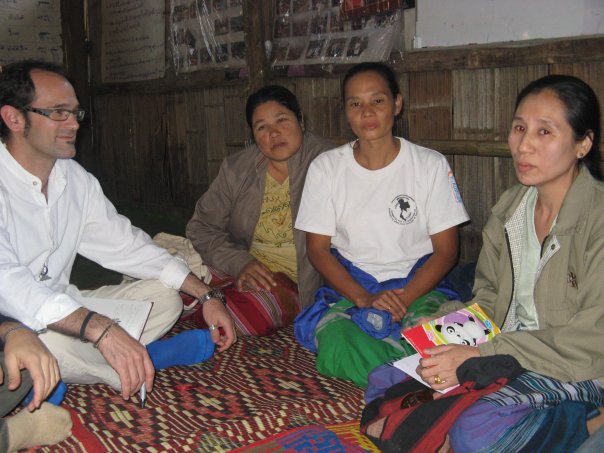 We
are writing to you regarding our concerns about the current political situation
in Burma and issues we believe the European Union should consider when renewing
the EU Common Position on Burma in April.

We
welcome the European Union’s longstanding engagement on the issue of Burma. Steps
taken by the European Union in the past year, such as increased humanitarian
assistance, support for a global arms embargo, new sanctions on imports of
timber and gems, and rejection in their current form of the dictatorship’s
elections planned for 2010, are all positive steps. We believe, however, that
the EU should take further action to promote positive change in Burma. (segueix…)

The
people of Burma continue to suffer one of the worst human rights and
humanitarian crises in the world. We are deeply concerned about the increasing
number of political prisoners in Burma, and the conditions they are being kept
in, including denial of medical treatment. We urge the European Union to use
all its influence to secure the release of all political prisoners in Burma.

We
are also extremely concerned by the continuing reports of serious human rights
abuses against ethnic people in Eastern Burma, and the humanitarian problems
the attacks by the Burmese Army are causing.

The
military dictatorship is ignoring calls by the United Nations Security Council
and General Assembly to enter into tripartite dialogue, and Than Shwe, the
dictator of Burma, has repeatedly snubbed Ibrahim Gambari. Instead, the regime
is pushing ahead with elections in 2010 that will enact a constitution which
will effectively legalise dictatorship, and do nothing to change the human
rights and humanitarian situation in the country. Allowing this situation to
continue is not only unacceptable on human rights and humanitarian grounds, but
also undermines the credibility of the United Nations system itself. Clearly
more pressure needs to be placed on the generals to ensure they comply with the
demands of the United Nations. We believe the European Union can and should do
more to ensure the generals comply with the UN. We ask that the European Union
consider the following four proposals:

1.
To reiterate that the military dictatorship’s planned 2010 elections and
constitution are unacceptable in their current form, and support the National
League for Democracy and other democratic forces proposals for genuine dialogue
and reform.

2.
To work to build a global consensus for a global arms embargo.

4.
To continue to increase humanitarian assistance in Burma, and to do more to
challenge restrictions on aid delivery imposed by the regime. Until such
restrictions are lifted, the European Union should support the delivery of
cross border aid in order to save lives.

In
light of the ongoing abuses in Burma, we strongly condemn those countries that
appear to have been breaking the EU Common Position ban on ministerial visits
to Burma. Any relaxation of measures in the Common Position should only be in
response to positive change by the dictatorship.

We
are shocked that European aid to the Thailand-Burma Border Consortium, which
supports refugees who have fled attacks by the Burmese Army, has been reduced. There
can be no justification for such action when the numbers of aid dependent
refugees in the camps remains static. We call for these cuts to be reversed in
the coming year.

We
believe that aid should be delivered based on need. While we welcome the
in-country aid, we also call for aid in border areas where there has been
ongoing attacks on civilians by the Burmese Army. Any cuts in border funding
will hit the most vulnerable people and cause hardship and malnutrition.

We
hope that European member states will consider our proposals positively.