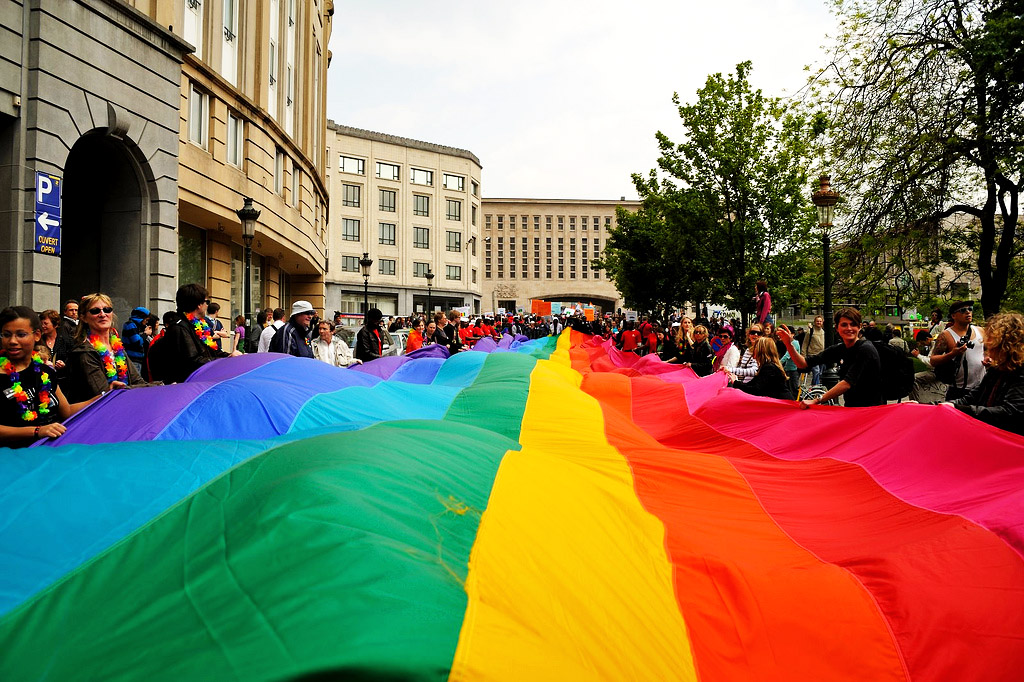 Viviane Reding, Vice-President of the European
Commission and Commissioner for Justice, Fundamental Rights and Citizenship
issued a statement condemning homophobia as “a blatant violation of human
dignity”:

Homophobia is a
blatant violation of human dignity and is incompatible with the principles upon
which the EU is founded. I am fully committed to combating homophobia and
discrimination on the basis of sexual orientation.

The principle of equal treatment is a
fundamental value for the EU. This principle is guaranteed by the Charter of
Fundamental Rights. The Charter prohibits any discrimination based on sexual
orientation. Yet, sadly, lesbian, gay, bisexual and transgender people across
the EU are still victims of exclusion, hate speech, hate crime, discrimination
and other forms of intolerance. This is confirmed by the available data collected
by the Fundamental Rights Agency, by Member State institutions and by civil
society.

Andris Piebalgs, European Commissioner for
Development, will address the Joint Parliamentary Assembly of EU and African,
Caribbean and Pacific (ACP) countries, currently meeting in Budapest. The text
of his intervention will be made available later today.

Last December, on Human Rights Day, UN Secretary General Ban Ki-Moon
declared: “When individuals are attacked, abused or imprisoned because of their
sexual orientation, we must speak out.” He added: “Yes, we recognize that
social attitudes run deep. Yes, social change often comes only with time. Yet,
let there be no confusion: where there is tension between cultural attitudes
and universal human rights, universal human rights must carry the day.” I can
fully endorse the Secretary General’s statement.

In particular, when individuals are victims of
discrimination, attacked, abused or imprisoned because of their sexual
orientation or other reasons, we must speak out. Such attacks do not just
affect the individual victims – they are attacks on all of us. They devastate
families. They pit one group against another, dividing larger society.

We have a collective responsibility to stand
against discrimination, to defend our fellow human beings and our fundamental
principles.

Jerzy Buzek, President of the European
Parliament, read a moving speech while opening an exhibition on gay prides in
Europe, at the Strasbourg seat of the European Parliament on 10 May. He
declared:

Homophobia is deplorable because it aims to denigrate people and deprive
them of these rights on the basis of their sexual orientation.

But as we celebrate the International Day
Against Homophobia, we must also remember, which may be of special importance,
that some people are not only deprived of their basic rights, but may be
tortured and punished because of their sexual orientation. In some countries
they may even face the death penalty.

We have a duty to protect human rights, wherever
they are, and in whatever form they take.

I wish to say with the greatest determination
that we will never accept that governments or politicians may use, or even
exploit, any ‘cultural’ argument in an attempt to justify the hunt and
demonization of homosexuality.

Any minority, regardless of what makes it one,
must benefit from identical rights.

I would like to take this opportunity to urge
all European and ACP parliamentarians not to be carried away by misleading
approximations. The sexual difference between consenting adults, love between
two men, or two women, or between a man and a woman definitively belongs one’s
intimacy, which is a sacred entitlement for any human being.


The European Parliament website also features
a special report on the International Day.

The Fundamental Rights Agency announced it
would start working on a EU-wide survey of discrimination based on sexual
orientation and gender identity:

Today, on the International Day against
Homophobia and Transphobia, in some EU countries, lesbian, gay, bisexual and
transgender (LGBT) people are better protected than before. However, in others
they are not, underlining the need for the relevant governments to act to treat
all citizens equally across a variety of issues. The Agency will provide policy
makers with concrete evidence of unfair treatment, abuse or violence following
the launch of its survey of LGBT people in early 2012.

The EU-wide online survey will capture the
actual experiences of discrimination and hate crime felt by LGBT people,
something that has never been done on this scale before. In 2012, the Agency will
also identify good practice by authorities in preventing and addressing
discrimination and abuses against LGBT people.