PHRASAL VERB OF THE DAY: TO FILE FOR

To file for: meaning : file for something is to officially ask a court for something, for example ask them to give you a divorce or state officially that that you are bankrupt.

USE:  For  is a preposition that doesn’t indicate movement, so there is no direction and it is a little bit unclear to approach it.

A likely use could as follows:

To file means to keep documents, etc in a box/container. As a noun, it means a set of papers/documents about a concrete topic.  If we put together this + the definition of For  use for stating the purpose  of an object or action 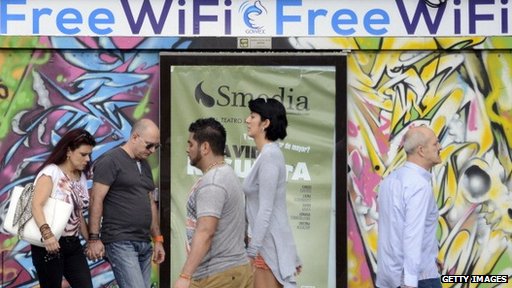 The Spanish wi-fi firm, Gowex, is   FILING FOR BANKRUPTCY after its boss admitted that the firm’s accounts for the last four years were false.

Founder and chief executive Jenaro Garcia Martin resigned after making the admission to his board.

In a statement Gowex said that Mr Martin had told the board the accounts “do not show a full and fair view of the company’s situation”.

On Thursday shares were suspended as a broker questioned the firm’s revenues.

The US firm Gotham City Research had described Gowex as a “charade” and said that its revenues were “at most” 10% of those reported.

“We have evidence Gowex’s largest customer was really itself,” the report said.

That sparked a freefall in the company’s shares, wiping 60% from the company’s value in two days, before they were suspended on Thursday.

Initially the company had described the report as “incorrect” and “defamatory”.

After the confession and resignation from Mr Martin, the board said:

“Confronted by the expectation that the company would not be able to cope with its maturing current debt payments, [the board] agreed to file a voluntary request for bankruptcy.”

Mr Martin also took to the social media site Twitter to apologise. His tweet said “I apologise to all. I am heartily sorry.”

In a later posting he said “I made the deposition and confession. I want to collaborate with the justice. I face the consequences.”

The Madrid-based company supplies free wi-fi services in major cities across the world – including Madrid, London, Shanghai and Buenos Aires.