PHRASAL VERB OF THE DAY: PICK UP GRAVITY’S AWARDS

PHRASAL VERB OF THE DAY: PICK UP TEXT FROM THEGUARDIAN :

Alfonso Cuaron and Sandra Bullock PICKED UP awards for Gravity, while 12 Years A Slave won three and Blue Is The Warmest Colour two 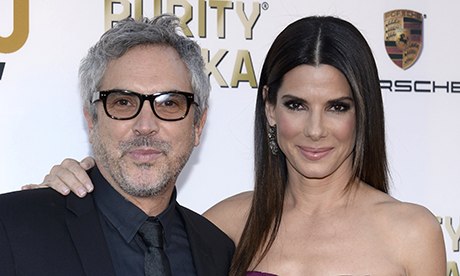 Matthew McConaughey followed up his Golden Globe win for Best Actor with a win in the same category for his performance in Dallas Buyers Club – as did his co-star Jared Leto in the Best Supporting Actor category. The critics also mirrored the Globes in giving Best Actress to Cate Blanchett for her performance in Woody Allen’s Blue Jasmine.

There were two awards for Palme D’Or winner Blue Is The Warmest Colour, the French film controversially shut out from the foreign language category at the Oscars. It picked up Best Foreign Language Film, as well as Best Young Actor/Actress for 20-year-old Adele Exarchopoulos.

Forest Whitaker received the Joel Siegel award for his philanthropic work with his Whitaker Peace and Development Initiative, which helps victims of violence in South Sudan, Mexico and elsewhere. He was presented the award by his co-star in The Butler, Oprah Winfrey, who said he “subtly and so masterfully embodies the soul of a character.”

There were also a one-off award for Julie Delpy, Ethan Hawke and Richard Linklater for their trilogy of films that culminated in this year’s Before Midnight, which has been relatively overlooked this awards season – received a Best Adapted Screenplay nomination at the Oscars. Benedict Cumberbatch also received the one-off Hollywood’s Hottest Star award – it’s not clear whether it refers to his beauty or his buzz.