PHRASAL VERB OF THE DAY : CUT OUT

Sting cuts out kids  . No inheritance

meaning:  not allow someone to get something

Sting says his six children will not inherit £180m fortune 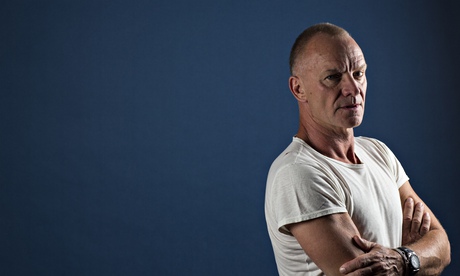 Sting says his children have to work. ‘All my kids know that and they rarely ask me for anything, which I really respect and appreciate,’ he says. Photograph: David Levene

Sting has revealed his children will not inherit his £180m fortune, fearing that his riches are “albatrosses round their necks”.

The former frontman of The Police grew up in a working-class family in Wallsend, North Tyneside, and has gone on to become one of Britain’s wealthiest musicians.

But in an interview with the Mail on Sunday, he said he has told his six children not to expect to inherit much money because he doesn’t believe in trust funds.

He said: “I told them there won’t be much money left because we are spending it. We have a lot of commitments. What comes in we spend, and there isn’t much left. I certainly don’t want to leave them trust funds that are albatrosses round their necks. They have to work. All my kids know that and they rarely ask me for anything, which I really respect and appreciate.”

He also attacked assumptions that his children are bank-rolled by his fortune: “People make assumptions, that they were born with a silver spoon in their mouth, but they have not been given a lot.”

The singer, who found fame in the late 1970s with The Police and has gone on to have a hugely successful solo career, has sold an estimated 100m records worldwide.

He is the ninth richest musician in Britain and Ireland, according to the 2013 Sunday Time Rich List, behind pop stars including Sir Paul McCartney and SirElton John. Despite his wealth, Sting said he races through his cash as he has more than 100 people on his payroll.

He has recently put his sprawling nine-bedroom townhouse, which is just a stone’s throw away from Buckingham Palace, on the market for £15m. The singer said the house is “too big” now his children have left home, but insists the move does not mean he is leaving England for good. He said: “We are not leaving. I love England. I’m still English.”