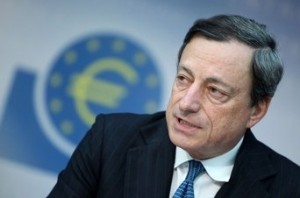 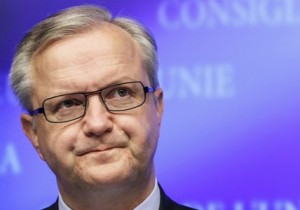 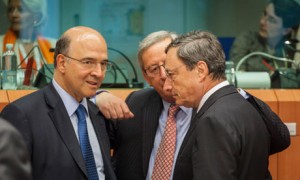 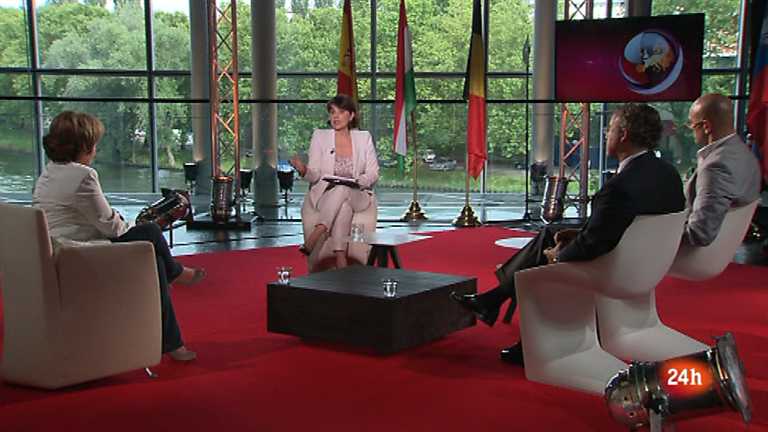 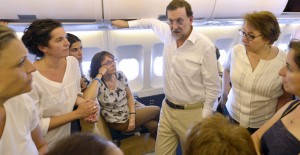 Rescat: Quan? Quant? A qui? Per quant? I el més important: Per a què? 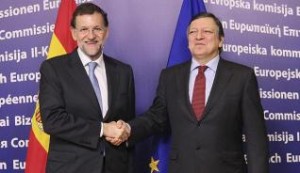 Barroso-Rajoy-Romeva: ‘You call it Tomato, I call it Bailout’ 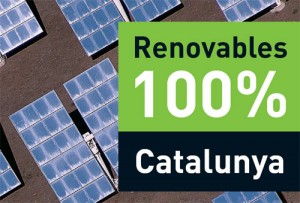 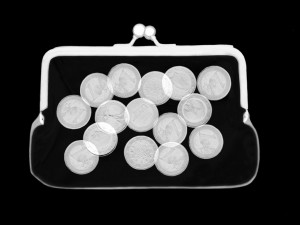 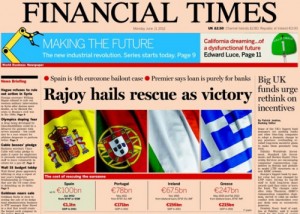 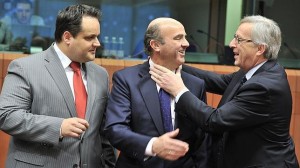 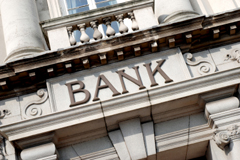 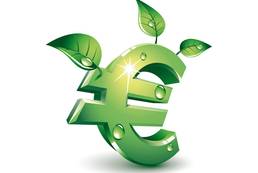 The EU needs a stable fiscal environment and common tools for ecologically-responsible investment. Complementing this approach with a commitment to fair taxation will enhance its effectiveness.

a) A European commitment for investment

– Ensuring investment sustainably. The European Commission should present a proposal for a sustainable investment instrument in the Eurozone, aimed at mobilising at least 1% of GDP per year from public and private sources over a period of ten years. This should include an increase in the capital of the EIB, as well as project bonds for investing in sustainable infrastructure projects.

– Using the EU budget to boost green jobs. The EU budget should drive investment. Increasing the EU budget by 5% and greening the coming multiannual financial framework would foster investment in sustainable development, the creation of decent jobs (especially for youth) and should prioritise support for SMEs. EU commitment appropriations must be correctly and fully used and payment appropriations must be effectively carried out.

The effectiveness of EU funds should be increased by more inclusive preparation with civil society, social partners and local actors, but also by allowing the EU greater powers to scrutinise and impose penalties in cases of mismanagement of funds. While GDP should remain one of the main criteria for determining eligibility of regions, it must be complemented by other indicators.

b) More fairness in taxation

– Taxing the financial sector and making effective use of the resulting revenue. An EU financial transaction tax (FTT) must be urgently introduced along the lines of the existing proposal by the EU Commission. A significant part of the revenue should be allocated to the EU budget, so that it can maximise the leverage of the EIB, contribute to development aid budgets and climate change mitigation and adaptation, and be used to reduce national contributions to the EU budget, thus facilitating national consolidation efforts. If political resistance of single Member States prohibits the introduction of the FTT across the EU or the euro zone, we support using enhanced cooperation among those countries willing to introduce the tax.

– Closing loopholes in national tax systems. A fair recovery will require additional tax revenues. Studies estimate the value of loopholes in tax legislation in the EU at €1 trillion. To combat this there is a need to establish and extend automatic information exchange systems between national tax administrations (as suggested in the currently-stalled proposals for a savings tax directive), to introduce a mandatory common consolidated corporate tax base (CCCTB), coupled with minimum corporate tax rates, and to seriously tackle Value Added Tax (VAT) fraud and other forms of tax evasion. Tax collection must have priority over banking secrecy. Additional revenues would also enable the taxation burden on labour to be reduced.

– Creating tax incentives for sustainable investments and energy savings. By balancing tax incentives for environmentally-responsible investment with tax increases on resource consumption, EU member states can channel investment into sustainable development and green innovation. Sweden already generates 0.8% of GDP by taxing emissions not covered by the EU’s emissions trading scheme. At the same time environmentally-damaging subsidies must be phased out at all levels of government on the basis of a reliable roadmap.

– Stabilise sovereign budgets by mutualising national debt and issuing European debt. The EU needs a roadmap for introducing Eurobonds, including as a first step the immediate creation of a redemption fund. A redemption fund should be based on a common liability for all debt in the Eurozone exceeding 60% of a member state’s GDP. There is also a need to introduce short-term Eurobonds (Eurobills) and a coordinated issuance of the remaining debt.

– Creating a credible firewall. The current maximum amount foreseen for the Eurozone firewall is clearly insufficient. The European Stability Mechanism (ESM) should be granted a banking license, so that it can act as a lender of last resort to Eurozone member states. This will give it access to European Central Bank liquidity and the remit to directly recapitalise banks. Any banks benefiting from such recapitalisation should come under the direct supervision of the European Banking authority (EBA).

– Ensuring stability of the European banking sector. The failure of banks to control the risk of their businesses is one of the principal causes of the crisis and continues to make matters worse in most deficit countries. The collapse of public confidence in banks in these countries has led to massive withdrawals of deposits, further worsening the condition of those banks. To address this, strict rules must be introduced on bank-funded deposit insurance schemes, capital levels, the amount and type of debt and remuneration. Stability in the European banking sector also implies that banks, which are too big to fail, are too risky to exist.

– Increasing credit in the real economy. Banks should ensure sufficient credit supply to the real economy in good times and in bad. Despite benefiting from massive long-term loans from the European Central Bank, banks have shown that they are either unable or unwilling to lend to the real economy. Public money must come with strict conditions attached. This includes the limitation of bonuses and dividends for the concerned banks to ensure that money flows to where it is most socially useful.

Every crisis is an opportunity to change for the better. The EU should use this opportunity to make decisive steps towards sustainable investments and towards implementing environmentally and socially responsible structural reforms, so that not only financial but also social and environmental debt will be reduced.

a) Increasing competitiveness through environmental protection

– Shifting to ambitious environmental regulation to help innovation. Increasing the EU’s 2020 emissions reduction target from 20% to 30% could be realised by slightly increasing R&D expenditure. Part of this effort is already done by the private sector. If this measure is taken in time, it will make European businesses’ planning easier and bring them back to the forefront of global markets for energy- and resource-efficient products. Strict environmental regulation has proven to help the breakthrough of new, efficient technologies making European enterprises more competitive.

– Adopting an ambitious Energy Efficiency Directive to reduce current account deficits. Heavy dependency on oil imports accounts for large amounts of these deficits of several EU member states (100% for Spain, 63% for Italy in Q3 2011), or would, once they overcame recession (as in the case of Greece). Energy efficiency measures could thus contribute to macro-economic cohesion in the EU. Furthermore, reducing energy costs for households will alleviate poverty and contribute to social cohesion.

b) Maximising the employment potential of resource and energy efficiency

– Boosting employment by reducing emissions and resource waste. Fighting unemployment is among the most important political priorities at present, with youth unemployment exceeding 50% in some member states. Up to 6 million new jobs could be created in the EU by increasing the 2020 emission reduction target from 20% to 30%, according to estimates of the German Federal Ministry for the Environment. The European Commission has estimated that up to 10.7 million new jobs could be created by fully exploiting all policies in these areas. The expansion and standardisation of smart grids is elementary: it will have direct employment effects and serve as a catalyst for the necessary energy transition. This could help form part of a ‘youth guarantee’ under which young people are guaranteed to get offered a job, an apprenticeship, an internship or additional training or a combined work and training of high quality after a maximum period of four months of unemployment. 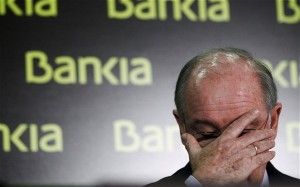