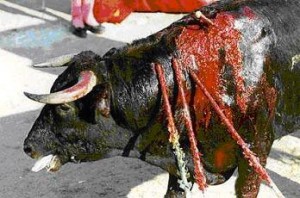 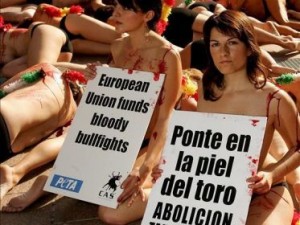 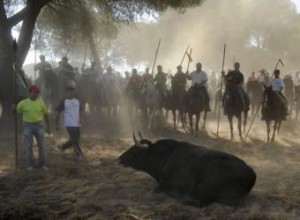 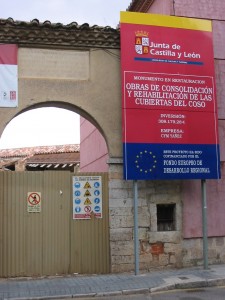 The facts are: Bullfighting takes place in only nine countries around the world. A considerable number of countries have banned bullfighting by law, e.g. Argentina, Canada, Cuba, Denmark, Germany, Italy, the Netherlands, New Zealand and the United Kingdom. There are even certain regions within the bullfighting countries that have abolished bullfighting; e.g. The Canary Islands in Spain, and most of France. Whilst some artists and writers have defended bullfighting, many others have opposed it. These include Hans Christian Andersen, Alain Delon, Victor Hugo, Franz Kafka, Renaud, Rainer Maria Rilke, George Bernard Shaw, Albert Schweitzer, Mark Twain, and H.G. Wells. Even if you believe that bullfighting is tradition or culture, this can never justify cruelty to animals: cruelty is cruelty no matter where in the world it happens. Cruelty against animals has no place in a modern society. Bullfighting is banned in many countries including Denmark, Germany, Italy, The Netherlands, and the UK. Great Writers like Hans Christian Andersen, Franz Kafka, Rainer Maria Rilke and George Bernard Shaw opposed bullfighting.

The Bullfighting industry claims: ’Many fighting bulls are bred in semi-preserved areas of land called dehesas. These dehesas are home to several protected species such as the lynx and the imperial eagle, and are cared for as areas of outstanding natural beauty. The bullfighting industry claims that these areas and protected species will disappear if bullfighting is abolished, because their business makes a valuable and irreplaceable contribution by preventing the dehesas being developed’.

The facts are: The breeding of fighting bulls is not the sole purpose and function of the dehesas. A wide variety of species would benefit from their continued existence, and maintain the ecosystems that have formed there. Fighting bulls that are bred in these spaces play no critical role in the functioning of these ecosystems: they are neither predator nor prey. Local authorities have never identified the bulls’ removal as a threat to populations of protected species. Therefore the removal of fighting bulls from these spaces should not lead to any damage of the ecosystems. Many owners of the dehesas can choose to use their land in a variety of ways regardless of whether or not they keep bulls. So it is up to local authorities to ensure that such land and wildlife is protected. Laws are already in place for this very purpose: 73 laws and regulations covering the protection of the imperial eagle, and 50 laws and regulations protecting the lynx. Furthermore, the Foro Encinal, an alliance of twenty organizations whose role is to protect the dehesas has never identified the breeding of fighting bulls as beneficial to the delicate ecological balance of the dehesas. National Catalogue of Endangered Species; Law 493/1990; Información oficial del Ministerio de Medio Ambiente, España

The Bullfighting industry claims: ’Bullfighting provides 3,700,000 working days; 378 long term full-time jobs; 2,950 seasonal jobs and is a vital part of the tourist industry in Spain as well as being an important spectacle for Spanish people.’

The facts are:The bullfighting industry and its supporters often claim that bullfighting is important to the economy of Spain and its regions. However, the actual data provided by the bullfighting industry, shows a different picture. Less than 400 people are employed fulltime all year round by the bullfighting industry in Spain. The bullfighting industry does generate money, but the profits only end up in the hands of a very small number of people that belong to the bullfighting elite. These ‘rich’ members of the industry, knowing that their business is in recession, do not cut their own profits, but instead ask for public money to cover a large proportion of their expenses. Bullfighting activities are heavily subsidised in Spain by all levels of the Government. It has been estimated that over 530 million euros of taxpayers’ money is destined to the pro-bullfighting industry per year in Spain. Many aspects of the industry receive subsidies, including: bullfighting schools, bullfighting fan clubs, breeding and slaughtering of bullfighting bulls, purchase of bulls for popular fiestas, promotion and marketing schemes for bullfighting, payments by public television for the broadcasting rights of bullfights, pro-bullfighting museums and many more. All these subsidies take money away from serious social problems such as access to public health, education, infrastructures, the elderly, public safety, social housing and so on. In order to gauge the popularity of bullfighting it’s important to look at independent polls of the general population. Each poll conducted has shown that an overwhelming majority of Spanish and French people are not interested in bullfighting. There are now 49 towns and cities in Spain and France that have declared themselves anti-bullfighting. This serves as a reflection of the growing unpopularity of bullfighting and that bullfighting supporters are in a minority who are losing support every year. The bullfighting industry often cites that bullfighting brings in important revenue to local towns and regions. It is, however, important to remember that tourists will visit Spain with or without bullfighting: tourists don’t go to Spain in order to specifically watch a bullfight. In fact, due to the modern concept of ‘ethical travelling’, more tourists are more likely to visit Spain, Portugal or the South of France when bullfighting no longer exists there. Attending a bullfight out of curiosity and never wanting to return is a common phenomenon amongst tourists, which certainly does not strengthen the industry’s claims that bullfighting is popular. The bullfighting industry often cites the number of ‘seats sold’ as an indicator to the popularity of their activity. They ignore the fact that many of these seats are used by the same people many times, either by people who have season tickets (which are the majority of the tickets sold), or by those ‘aficionados’ who travel from town to town to attend bullfights. The industry itself no longer hides the fact they have an ‘attendance crisis’. The EU subsidises the breeding of fighting bulls in extensive systems. Breeders receive 220 Euros per bull per year on top of national subsidies. (Debt in the Afternoon, The Guardian, 12th May 2008.

The bullfighting industry claims: ‘Noble and brave, the bull grows in combat and in the bullring exercises its bravery. The bullfighting bull exists because the fiesta exists. If bullfighting is banned, a cultural patrimony with tradition in Spain, France, Portugal and Latin America will be irreversibly
mutilated.’

The facts are: Human societies and cultures change over time. Social and cultural practices once considered acceptable no longer have a place in modern European society. If human or animal welfare is compromised, tradition is no longer an important factor when considering whether a practice should be banned or not. Our knowledge of the psychological and physical welfare of animals has vastly improved during the last 100 years. The way bulls are treated during bullfights is contrary to the values of animal welfare usual in any modern society. We now know that bulls – like other mammals – are sentient beings capable of feeling pain and suffering. The claims that the bull grows in combat and in fact enjoys being tortured and killed in a bullring defy reason. All statistics show a clear trend that the opposition to bullfighting is growing in all countries in Europe where bullfighting takes place. In particular, the younger generations show very little interest in this cruel pastime. The fact that we are teaching the future generations – our children – to respect the environment and animals inevitably means that the relationship between humans and animals is changing. Man and bull can continue to co-exist peacefully. Bulls could be kept in special nature reserves established especially for preserving a variety of breeds. The European Union (EU) has already shown leadership and commitment to various animal welfare issues by introducing several improvements in the way both farm and wild animals are treated. The future between us and animals is dependent on the progressive policies of the EU.